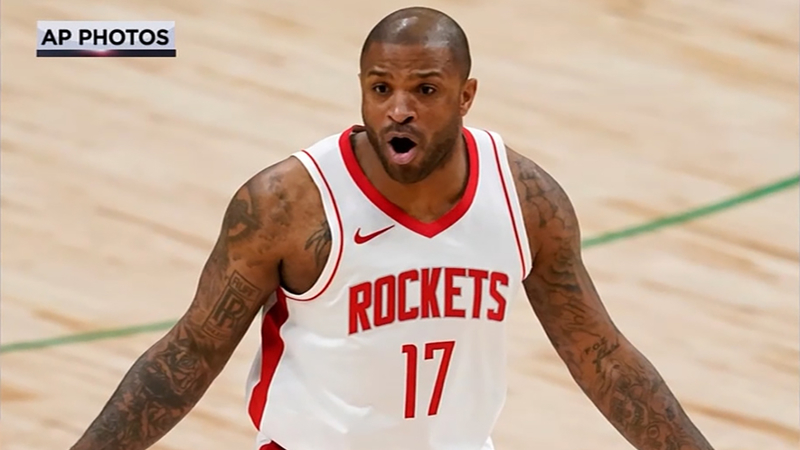 Houston Rockets forward P.J. Tucker decided not to play on Thursday night and is not expected to return to the team, coach Stephen Silas said.

Tucker has grown increasingly frustrated that he has yet to be moved to a contender and made it clear that he'd prefer to sit out games until the front office finds a deal for him ahead of the March 25 trade deadline, sources told ESPN.

"We're going to try to figure out something that works for him and works for us as far as him not being on the team anymore," Silas said after the injury-ravaged Rockets' 125-105 loss to the Sacramento Kings extended Houston's losing streak to 14 games. "I was under the assumption that he was going to be playing tonight, and he didn't play. That was disappointing, but there's no secret that it's been a rough year."

The Rockets have had several concurrent trade discussions with teams in recent weeks involving Tucker, talks that are expected to result in a deal for Tucker prior to the March 25 trade deadline, sources said.

The Milwaukee Bucks, Los Angeles Lakers, Miami Heat and Brooklyn Nets are among teams that have discussed possible deals with the Rockets in recent weeks, sources said.

So far, the Rockets' preference for a young, productive rotation player in trade talks has been a sticking point with teams, which haven't been willing to part with that kind of an asset for a 35-year-old on an expiring contract, sources said.

Tucker traveled with the Rockets to Sacramento and warmed up prior to the game, but he didn't suit up to join the team on the bench. He hadn't been listed on the injury report.

"He decided that he was just not really with it, and we decided that that's a good idea," Silas said, adding that Tucker would travel back to Houston instead of remaining on the Rockets' road trip. "Let's move on."
Tucker, 35, has been an essential role player during his 3-year tenure with the Rockets, contributing significantly more than his averages of 6.5 points and 5.8 rebounds per game indicate. He often defended the opponent's top scorer -- playing center despite standing only 6-foot-5 during Houston's short-lived small-ball experiment last season -- and primarily served as a corner 3-point threat who spaced the floor offensively.

Tucker is in the final season of a four-year, $32 million deal. The Rockets didn't guarantee the final year of the deal until February 2020.

Tucker, who played in 267 consecutive games until a bruised thigh sidelined him for two games in February, reported late to training camp in the fall and acknowledged that he felt unappreciated after discussions about a contract extension broke down.

The Rockets thought they were close to signing Tucker to a two-year extension for $17 million with $10 million guaranteed, sources said, but the Houston front office balked after Tucker's camp countered with a proposal for a fully guaranteed two-year deal worth $24 million.

Tucker has struggled this season amid the Rockets' roster shuffling following the trades of Russell Westbrook and James Harden, posting career lows in points per game (4.4), field goal percentage (36.6%) and 3-point percentage (31.4%).

What you may not know about PJ Tucker