Pink's husband parent-shamed over taking son with hand, foot and mouth disease out in public 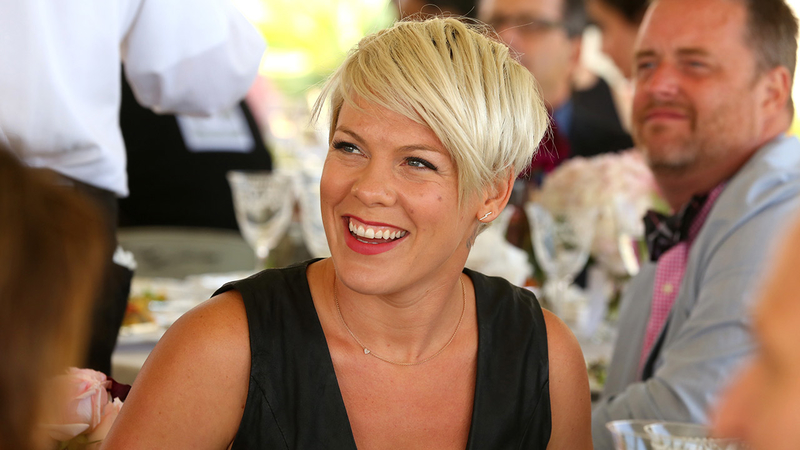 Singer Pink's husband, Carey Hart, is being shamed by some parents for taking their 1-year-old son out in public after recently revealing he has hand, foot and mouth disease.

Pink is currently in Australia for her Beautiful Trauma world tour and her family, which also includes 7-year-old daughter Willow Sage, is with her.

Hart shared a photo on Instagram of their son Jameson Moon with blisters, noting in the caption that the boy has hand, foot, and mouth disease. Hart also mentioned that Willow had a 102-degree fever.

He says that he had Jameson with him at breakfast and a "vile woman at the table next to us kept staring at him."

Doctors say the virus is highly-contagious. It's spread through direct contact and on surfaces.

Parents are usually told to keep their children at home. The illness also causes blisters, which doctors say can make it look worse than it is.

According to Dr. Michael Chang with Children's Memorial Hermann and UT Health, this is the time of year when cases of the illness spike, especially when kids go back to schools and day cares.

"The virus is very contagious. It spreads quickly," said Dr. Chang. "It's mostly spread through droplets and secretions."

While many people offered messages of support to Hart, saying their child also once had the virus, others questioned why Hart took his son outside.

"It was irresponsible to take a child with this infectious of an illness out in public, especially in a restaurant where you're interacting with multiple people and putting saliva on multiple dishes," one person said.

"Why would you expose others to contagious diseases?" another added.

Despite the backlash, Hart followed his first post with another of Jameson in a toy car, saying, "Jameson and I out infecting the world. #PediatricianSaysHeIsGoodButIWillTakeYourWord."

Symptoms usually clear up in a few days.

Adults can also get the virus, though it's not as common.

New York Mets pitcher Noah Syndergaard was placed on the disabled list in July after contracting the disease.

New York Yankees pitcher J.A. Happ was sent to the hospital for a mild case of the disease earlier this month.

Chang says the best way to prevent the disease is to practice good hygiene. Make sure your kids wash their hands often and cover their mouth when they cough. Adults should do the same.