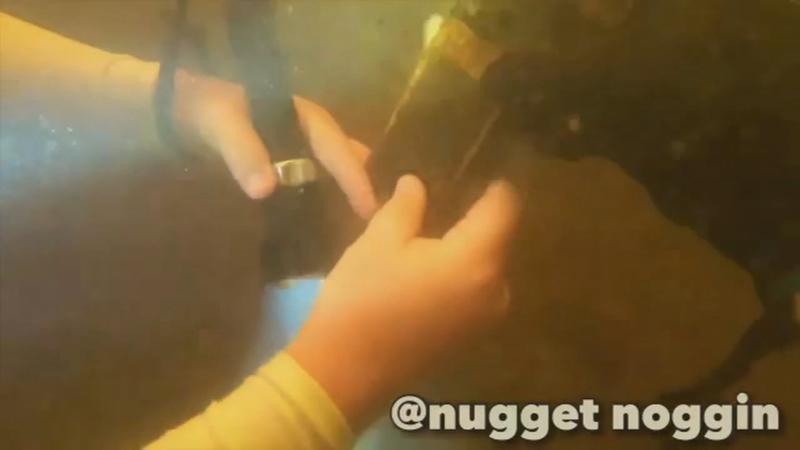 CHARLESTON, South Carolina (KTRK) -- If you've ever wondered if those waterproof cell phone holders really work, the answer seems to be a resounding yes.

A diver discovered a phone that has been at the bottom of a river for more than a year - and it powered on right way.

Micheal Bennett likes to search for sunken treasure at the bottom of the sea.

He says he's used to finding lost golf balls and shark teeth, which he displays on his YouTube channel "Nugget Noggin." But his latest discovery happened to be a gem in the Edisto River.

"I came across something that looked kind of like a rope attached to car keys, and when I pulled it up, I saw a phone inside of a water proof case," Micheal told WCIV.

He decided to charge the phone and contact the owner.

"I put the SIM card inside a different phone, and I was able to get the contact information of the owner," Micheal said.

The phone belonged to Erica Bennett who says she had important text messages from her late father lost in the phone.

Although the phone's screen had dimmed from being in the river, the text messages were salvageable.

"It was kind of emotional because the last thing I have from him is saying, 'Hey, I'm playing phone tag with you, so I figured I just text you. How are you feeling?' And I think he had called me after that. I'm pretty sure it was Father's Day," Erica said.

Micheal says the phone was in a chargeable case, which also still works.