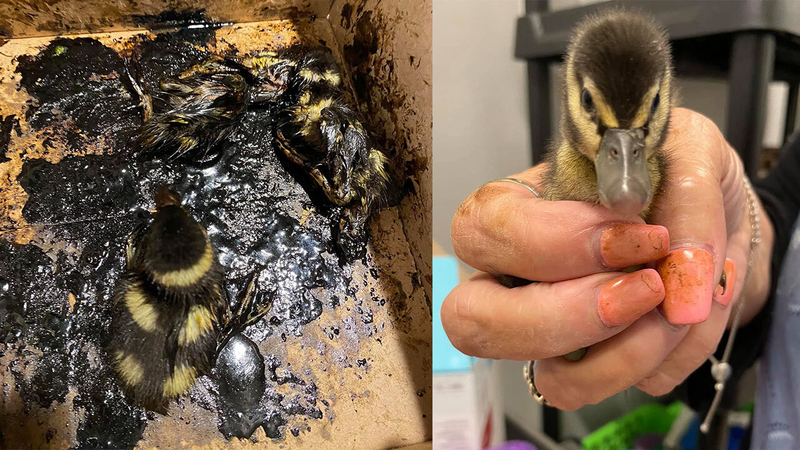 League City Animal Care, a city-backed organization that cares for and finds homes for homeless and abandoned animals, posted to its Facebook on May 28 about stepping in to rescue the helpless baby ducks that were found outside its jurisdiction.

According to the shelter, the ducks could barely move their heads and wings, with the substance being caked around their eyes and beaks.
In photos provided by the League City Animal Care, workers were seen bathing each duckling with dish soap under running water.

The baby ducks were said to appear "bright and strong" after their baths.