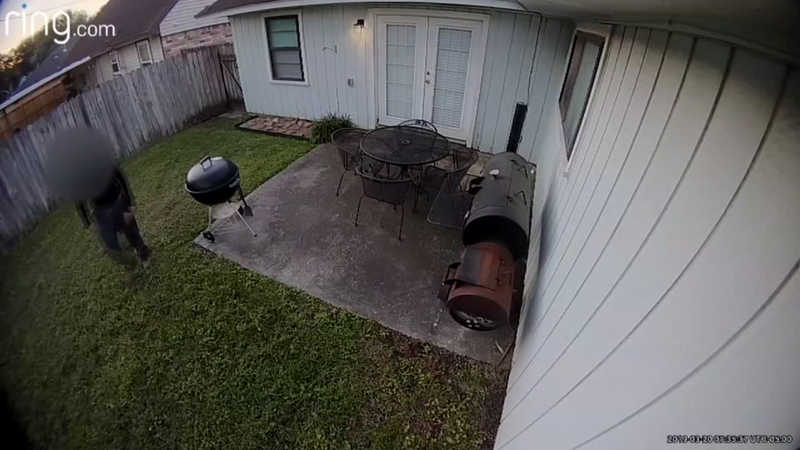 HOUSTON, Texas (KTRK) -- The mother of a 14-year-old girl says her daughter was in the middle of getting dressed for school when she noticed a strange man watching her through a window.

"It's very sad. It's very sad to know that in our day we can't even have our own privacy," the mother told ABC 13 Eyewitness News.

The woman, who did not want to be identified, said the incident happened at her home near Lumpkin Road on March 20 around 7 a.m.

"She noticed this guy through her window looking at her and that's when we noticed there was somebody in our backyard," the mother said.

The teen then yelled for her older brother, who also saw the man, before going towards the backyard.

"He ran after him, but the guy pretty much jumped over the fence, actually several fences, and fled the scene," the mother described.

The woman says her daughter is doing okay, but the family is on edge about what happened.

She filed a police report almost a week after the incident, and is hoping by sharing her story other people can keep themselves safe.

Eyewitness News obtained surveillance video of a man who neighbors believe may be the alleged peeper.

Since the Houston Police Department has not officially named a suspect, the man's identity cannot be released.

The footage was captured by a neighbor, who claims a man was also in his backyard and roaming around his driveway on the same morning of the peeping incident.

The mother of the victim says she also showed the footage to officers when she filed her report on Tuesday.

Houston Police says they're looking into the incident and urge the public to always call 911 as soon as an incident occurs.

Anyone who witnessed suspicious activity in the area last Wednesday morning should contact police.