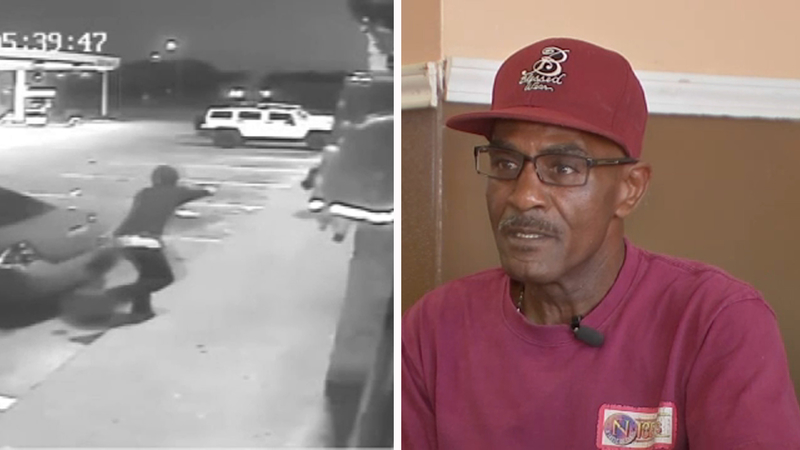 HOUSTON, Texas (KTRK) -- After being left for dead outside his restaurant, a southeast Houston pastor said he wants to make a difference in his neighborhood.

Surveillance video shows him walking towards the front door and someone get out of a car parked right outside. Jones tried to run but was shot.

He fell to the ground and the suspect stood over him, shot him again, took his bag and took off.

"I'm not sure how many times he shot, but I do remember the impact of the pain," Jones said.

Physically, he said he is still in pain. Mentally, he had to overcome the fear that came with the attack.

"I went through a lot of, 'It's time to move out the neighborhood. It's time to close the businesses. I don't want to go outside anymore. I don't trust this community,'" Jones said.

Jones said he could not understand why anyone would want to hurt someone who grew up there and has tried to help the neighborhood.

He later realized what happened to him happened for a reason.

"It was purposed to show me that I can still stand strong and not be fearful," Jones said.

As the fear faded, he realized he wanted to use what happened to him as a way to make a difference in the area.

Jones, 60, grew up in the Edgewood and Southpark neighborhoods but said he has seen it take a turn for the worst over the years.

"It's not called a neighborhood," Jones said. "Let's take that out of the scope. I would love to put the neighbor back in the hood. It's called the 'hood.'"

He said he has a past and has not always been a "good guy" and a pastor. Over the years, Jones said his bad decisions have shown him what right is.

The pastor is reaching out to young people in Edgewood and Southpark, and sharing what he has learned throughout his life. He hopes to shift their thinking.

"Standing and understanding that the homicide rate is wrong, and we need to stand and declare to this neighborhood that we've got to stop killing each other.," Jones said. "We are responsible for what we do."