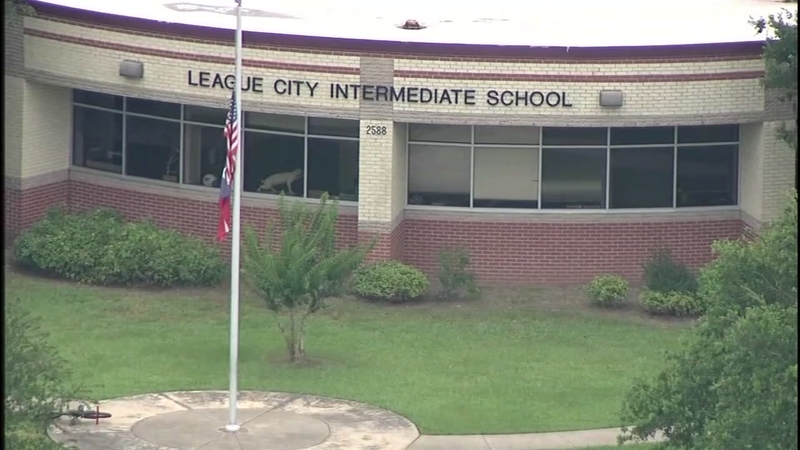 LEAGUE CITY, Texas (KTRK) -- Agitated, scared and nervous were some of the words parents and students used to describe how they felt when they learned of a gun being found on the campus of League City Intermediate in Clear Creek ISD.

Parents arrived to the campus shaken, but relieved to take their children home early Monday afternoon.

Some students told Eyewitness News that the student who brought the unloaded gun to school was seen on social media putting a gun in his mouth.

"It's a little hard for me to talk about it right now. It was hard standing in line with the other parents picking up their children,' parent Misty Dawsey said.

Abigail Harris said she was working as an office aid on campus when the student was arrested.

"It's horrifying. It's just a madhouse," Harris said.

This incident comes just three days after the tragic mass shooting at Santa Fe High School. Harris says she knew some of the students at Santa Fe.

"Today, I saw our principal probably the most stressed out she's ever been in her life. I've got to give props to the police officers here and the administration," said Harris.

The male student was arrested and taken to Galveston County Jail, where he is being questioned as part of the authorities investigation.
Report a correction or typo
Related topics:
league citystudent arrestedguns
Copyright © 2021 KTRK-TV. All Rights Reserved.
More Videos
From CNN Newsource affiliates
TOP STORIES