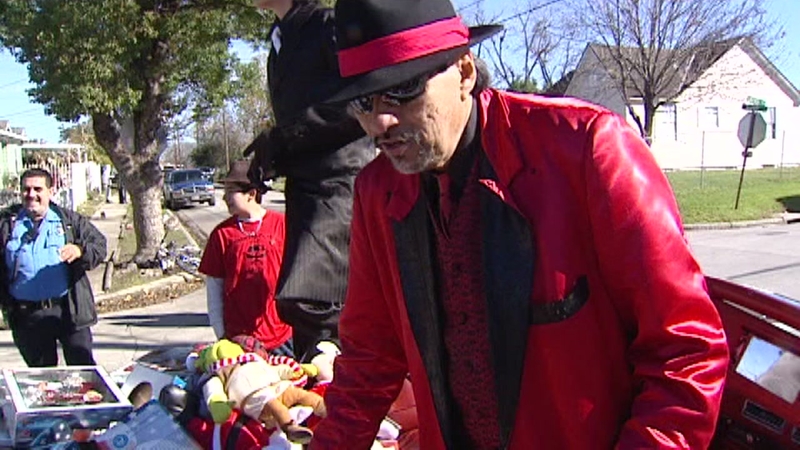 Pancho Claus is described as the Tex-Mex cousin to Santa, and Richard Reyes plays the role to perfection.

"It began with a play in 1981 at Ripley House in east Houston," he recalled. He added a band, and then the part he played took on new importance.

"My community believed I was the real Pancho Claus, and they started telling me incredible stories of families in need," Reyes said.

He launched a toy drive to buy presents for kids, and it's become a big part of the holidays.

"For a lot of them, it's just a lot of fun," he said. "For some of them, it might be the difference between getting a present and not."

The gratitude of their families and the smiles on the children's face are the gift he and an army of volunteers receive in return.

"But the real things we need are toys," he emphasized.
An estimated 10,000 presents are handed out each year in a procession that includes a parade of low-rider cars, Precinct 6 deputies, and yellow cabs.

Despite two heart attacks, the most recent in September, Reyes is preparing to don his Pancho Claus red "zoot suit" again this year.

One disappointment is that he was not in this year's Thanksgiving parade downtown, the first time that's happened, according to Reyes. Meanwhile, the toy drive continues, with Mambo Seafood restaurants across the area serving as collection point for donated items. A gift-wrapping event is planned this weekend.