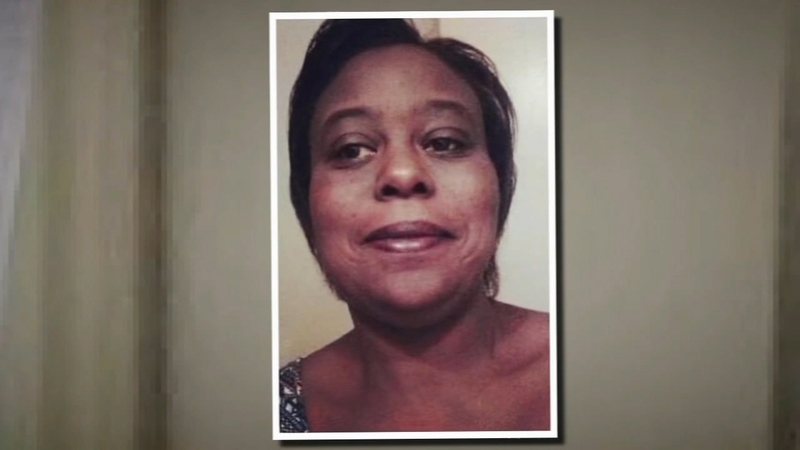 "I personally, just um, just hope that the right thing is done, that everything is looked over carefully," Chelsie Rubin, Turner's daughter said.

Delacruz has been placed on paid administrative leave.

The family says their mother had a known mental illness and they question why she was being served a warrant by the officer.

Greg Cagle, Delacruz's attorney, says a warrant is an order from a judge to execute an arrest, it doesn't have a time or place.

"He's never harassed her. No one has harassed her. She, in fact, had harassed some other people. She had an active assault warrant for assaulting the apartment manager," Cagle said.

"Their office, not the Texas Rangers, not the Baytown police department will make the decision whether this police officer will be charged or not," Crump said.

In a statement to ABC13 Eyewitness News the district attorney's office said, "As is our policy in all officer-involved shootings, all the evidence will be presented to a grand jury, which will vote on whether criminal charges are warranted."

Cagle maintains that Delacruz, an 11-year-veteran of the force, acted justly.

"Officers respond on what's called the one-plus theory. So, one-plus against a weapon like a taser or an ASP baton or pepper spray will be deadly force use of a firearm," Cagle said.

When asked about the body camera footage worn by the officer, Cagle said Turner and Delacruz were too close during the incident to show everything that was happening.

But, he says the cell phone video captured is directly in line with the statement Officer Delacruz made that night.

The Texas Rangers have taken over this case.