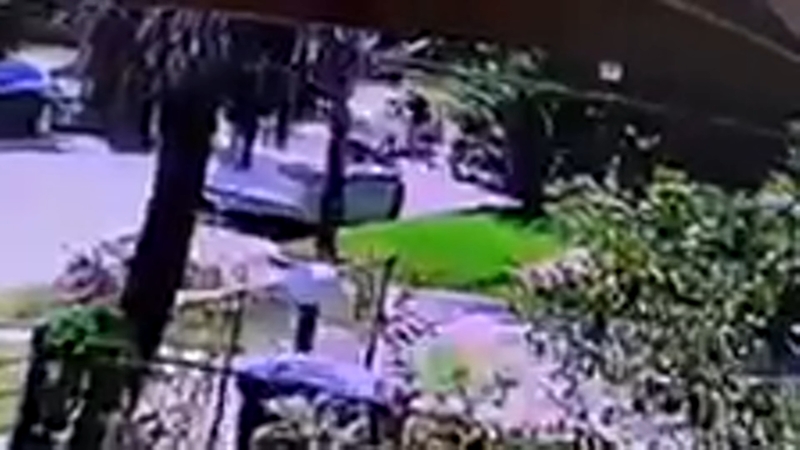 HOUSTON, Texas (KTRK) -- Police say they are searching for three men believed to be responsible for robbing a ice cream man at gunpoint on Houston's east side.

On Sunday, officers responded to a call of a man being beaten in the 7000 block of Ave E. When they arrived, witnesses say they reportedly saw the altercation unfold.

The victim, 48-year-old Almaraz Gonzalo, was said to have been riding his popsicle cart just a few blocks away from his home.

Police said Gonzalo was going westbound when two Hispanic men approached him. One suspect reportedly punched him in the jaw and held him at gunpoint demanding cash.

The suspects then jumped in a white BMW where a third suspect drove them off.