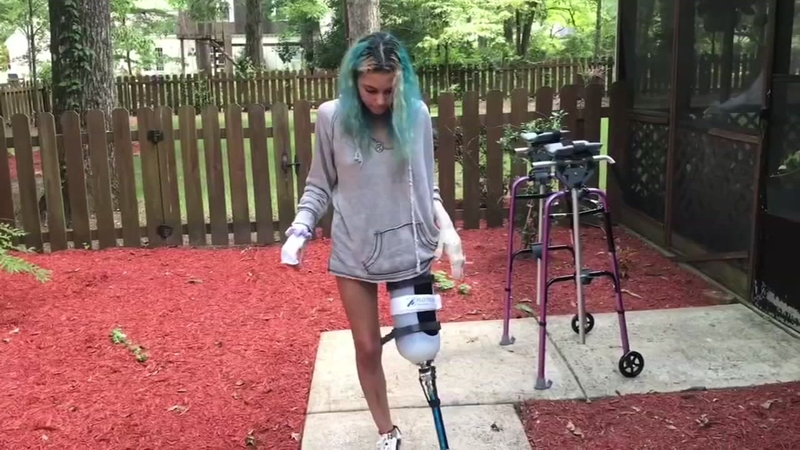 HAVELOCK, N.C. -- In June of 2019, Paige Winter was just 17 years old when she lost her left leg and two of her fingers in a shark attack off the North Carolina coast.

It's been a turbulent and trying year for the young girl, who would normally be starting a life of her own. Instead, she's dealt with the loss of her independence in some respects. Being a teenager in the midst of a global pandemic is hard enough, but Winter has taken the hand she was dealt and is persevering.

"I'm not really able to do all of the things that I used to do," Paige told ABC's Robin Roberts in a special set to air Thursday night. "I'm still Paige-y, just a little different."

N.C. teen Paige Winter spoke exclusively to ABC News about the shark attack earlier this month. She said there are ''some pieces of the puzzle missing'' from her body but her spirit is not broken.

In a trailer for the special, Paige is seen being announced as a homecoming queen candidate at New Bern High School and undergoing physical therapy. Her struggles are shown as well, but she keeps a good perspective.

"I feel like this is kind of like a triumph for me because people thought I was going to die," Paige said. "But I am not dead. I am indeed very much alive."

Life will probably never resemble anything normal again, but in the age of COVID-19, many have learned the same thing Paige has in recent months.

"Everybody's normal is different," she said.

Paige Winter's father talks about fighting the shark off his daughter