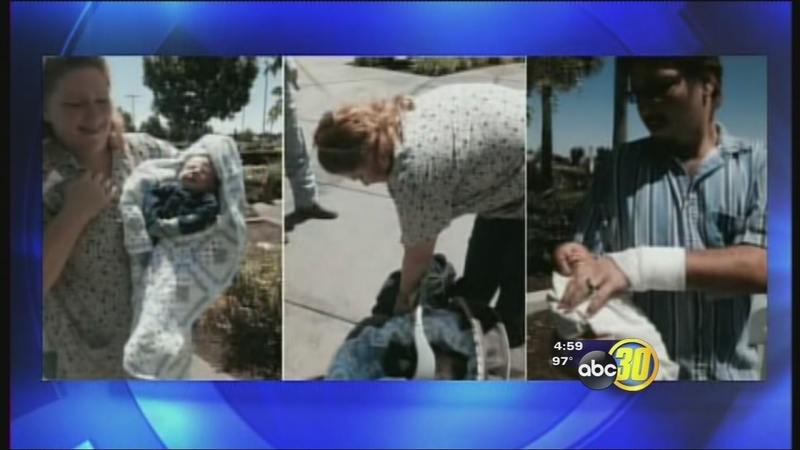 MERCED, CA -- Mercy Medical Center in Merced, California, sent out a warning to Central Valley hospitals Thursday. Hospital officials say a couple carrying dolls made two attempts to get into their mother and baby unit.

The man and woman were reportedly seen playing with the life-like dolls as if they were real, trying to get into the Mercy Medical Center baby unit -- a part of the hospital that's typically reserved for new moms, babies and their guests. That's according to a suspicious person flyer drafted by Mercy Medical sent to hospitals across the Valley. Merced security staff says the couple was so keen on their fake children they even got them to pose for pictures.

"It's really scary," said Anisa De Los Santos. "I just had my son like a year ago and that was my main concern, was to always wanting to make sure who had my baby."

De Los Santos is a mother of four. She just had her youngest at Mercy Medical Center and says she now understands why security has to be so tight.

"When you want to be able to go into the room where the mothers are with their children, you have to ring a doorbell, and they say, 'Who do want to see?' And you have to say the name of somebody," said De Los Santos.

The couple first tried getting into the OB unit on Saturday. When they failed, they went back to the ER on Monday and tried again. They had a diaper bag, carryall and the wife appeared to be wearing surgical scrubs. Hospital staff says the couple never made it through the OB doors and warned them if they came back again they'd be arrested for trespassing.

"It's actually a relief to know that they actually do care to know who are you going to come to see type of stuff, and I'm just glad they do the things that they do," said De Los Santos.

The Merced Police Department is investigating this case and says it's extremely suspicious, but at this time the couple hasn't done anything illegal.

Because this is still under investigation, hospital staff couldn't comment on this case. But they tell KFSN-TV in Fresno they're very concerned and are cooperating with investigators.