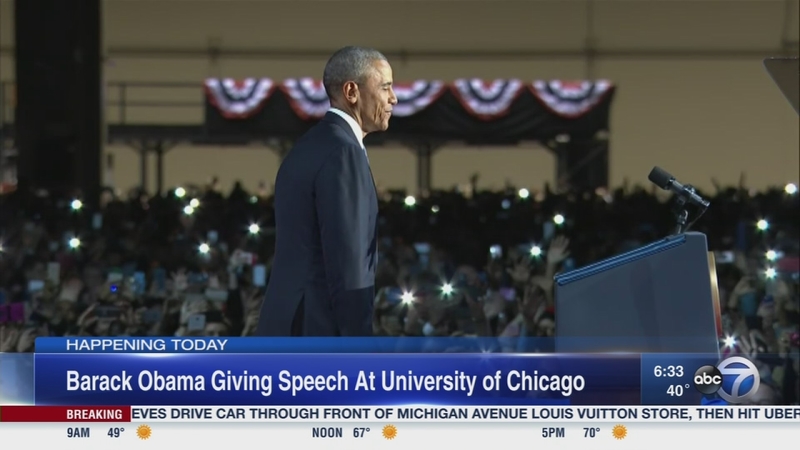 Obama giving speech at U of C

The discussion happened at the University of Chicago.

Monday is the second and final day of Obama's trip and it has been packed full of events. He traveled from his home in the city's Kenwood neighborhood to the university where he used to teach for the event Monday morning.

Obama was joined by a group of young leaders at the Logan Center for the Arts to hold a conversation about civic engagement.

A spokesperson said the event is part of Obama's post-presidency goal to encourage and support the next generation of leaders here and around the world. Meanwhile, his presidential library will be housed close to campus.

The former president's connection to the school is a point of pride for many students.

"I won't get to see him because it's invite-only, but it's exciting that he's back here and it's nice to have a connection with the president," said Sara Durango, who attends the University of Chicago.

The discussion Monday was ticketed and by invitation-only.

Sunday night, Mr. Obama was at a fundraiser for his future library and before that he spoke privately to a group of young people about gang violence, job skills and employment.