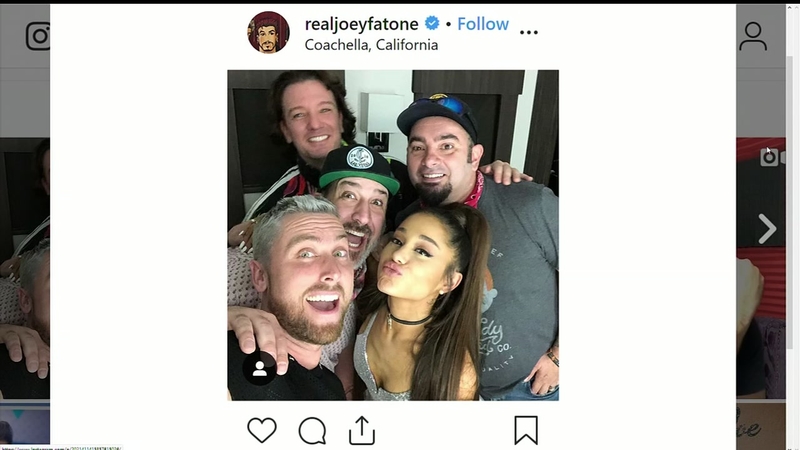 INDIO, California (KTRK) -- From tearin' up my heart to tearin' up the stage, boy band *NSYNC reunited to perform and it was all orchestrated by Ariana Grande.

Grande brought the guys out during her set at Coachella Sunday night, and judging by the reaction from the crowd, this was the 90s throwback moment we've been waiting for.

Frontman Justin Timberlake was absent (he's busy wrapping up his tour), but the group didn't miss a beat.

Instead, Grande slid in as a more than capable fifth member, joining the guys as they danced to their hit "Tearin' Up My Heart" - an oldie but a goodie.

Grande appeared to hint that a reunion was coming, tweeting a clip of *NSYNC performing "I Drive Myself Crazy" during a pay-per-view special a few days before Coachella.

She also posted a clip of herself singing "Tearin' Up My Heart," another sign of things to come.

Could we see more *NSYNC reunions in the future? That answer eludes us for now, but we know the guys did at least enjoy their time in the Coachella spotlight.

Member Joey Fatone said it "was a great time and chance to perform with my brothers once again!"

The special appearances didn't end with *NSYNC. Nicki Minaj, Diddy and Mase also worked the crowd with the "7 rings" starlet.