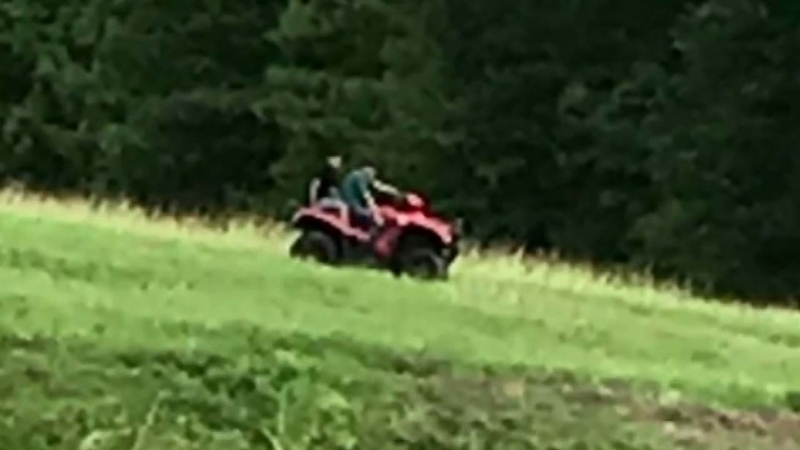 HUMBLE, Texas (KTRK) -- To the people who work at the Golf Club of Houston, it is like their own huge back yard.

On Friday evening, workers believe the golf course was vandalized by two teens on an ATV. The private golf club is the home of the PGA Tour's Houston Open.

"They came on the golf course property and tore it up," said Assistant Golf Professional Daniel Keef.

The teens allegedly did donuts on the putting green at the 16th hole, digging at least five inches into the surface. We're told the superintendent was here when it happened and he chased them down Greens Bayou to Smokey Jasper Park.

"This is our public side," Keef said. "Some of our members on the other side of the bayou were able to witness the destruction occurring over here."

Those members snapped pictures of the perps as they drove off.

Keef said there's no estimate at this point of how much the damage they left behind will cost, but vandalism on the greens have been known to run anywhere between $20,000 to $25,000.

He said the teens came back Tuesday and he went after them.

"I followed them along the bayou as long as I could in a golf cart. But golf cart matched against an ATV, you can only go so far especially along the banks of the bayou with it being so steep and muddy as it was today."

A different set of vandals did a number on the 14th hole last year.

"It's very frustrating because it takes so little time for them to do that damage, but it takes such a long time for it to heal. And it's pretty expensive as well," said Golf Club of Houston member Amar Greewal.

He plays at the club several times every week. He said he hopes they catch the kids and make them pay.

"It's pretty well known that this is a pretty nice golf course and I think whoever does this has full awareness of the damage they're doing. So they should be held responsible for that," he said.

The staff believes the suspects live in one of the neighborhoods along Greens Bayou.