The Most Noteworthy 2014 Black Friday Deals 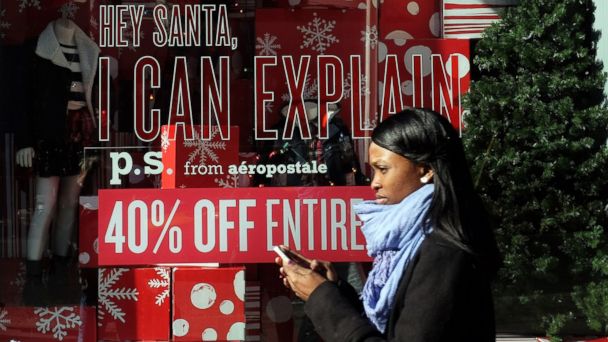 Prepare some turkey leftovers and brace yourself for one of the busiest shopping days of the year. But this year's black Friday deals aren't only available in stores, continuing a trend toward earlier and more online deals.

As in previous years, the best deals may only be a quick click away, or months away if you can wait for winter clearance deals. Before you plan to buy, check your local store for restrictions, limited supplies, cut-off times and don't forget comparison shopping.

Many doorbuster deals will go very quickly unless you line up early, but ask yourself: is this worth losing sleep?

With that in mind, here are some noteworthy black Friday deals:

Amazon launched "Eight Days of Black Friday deals" last Friday, including three "covered deals of the day" at midnight on Thanksgiving and then again on Friday. Deals include up to 45 percent off select Samsung TVs:

Amazon Prime members receive 30 minutes of early access to select "lightning deals," which can be added as often as every 10 minutes.

On Friday only, Amazon shoppers get up to 40 percent off TaylorMade golf driver clubs.

Amazon customers can shop and give to the charity of their choice. Through smile.amazon.com/blackfriday, Amazon will donate a portion of the purchase to your favorite charity.

In Barnes & Noble stores and online, customers can buy one and get 50 percent off on educational toys and games and 50 percent off gift books. The bookseller says it's offering the "largest-of-its-kind" signed edition book collection for in-store customers with 500,000 signed editions from 100 leading authors at stores nationwide on Friday.

On Black Friday, if you spend more than $45, you will receive a Black Box full of stocking-stuffer items for the holidays (worth at least $45).

Best Buy's Black Friday doorbusters started 5 p.m. on Thursday, and doors re-open at 8 a.m. on Friday. In-store only deals include a $199.99 Panasonic 50-inch LED HDTV. Blu-ray discs for $9.99 including "Maleficent" and "How to Train Your Dragon 2."

Closed on Thanksgiving, BJ's will open at 7 a.m. on Friday with deals including these through Sunday:

Online men's custom suit maker Black Lapel is offering a three-part sale this Friday, which will be the company's first sale ever.

You can buy any suit and get a shirt free on Friday. On Saturday and Sunday, buy any two shirts and get any silk knit tie free.

- PlayStation 4 Limited Edition Bundle for $399 (save $100), which includes Grand Theft Auto V and a digital copy of The Last of Us Remastered.

- Save $30 off popular PlayStation 4 and Xbox One titles, such as The Evil Within, Sleeping Dogs and Middle Earth: Shadow of Mordor.

Closed on Thanksgiving, Home Depot will sell 99 cent poinsettias on Friday, normally about $8. The company says it will sell 3.75 million poinsettias this Black Friday.

All black Friday Doorbusters will be available Wednesday. Doorbusters are planned for Saturday, as well, when stores will open at 7 a.m.

Kohl's is discounting toys, clothes, electronics and kitchenware. Shoppers can receive $15 Kohls cash for every $50 spent.

Closed on Thanksgiving, Lowe's leaked its black Friday offers on Vine for the first time. You can view all of the Vine videos here. Deals include:

Closed on Thanksgiving, customers can get emails on Thursday and Friday about specific online Black Friday deals for apparel, accessories, shoes and cosmetics.

Nordstrom's "Like it to lower the price" allows customers to "control" the price by liking Instagram posts. If Nordstrom gets 25,000 likes, the company will lower the price of Ivanka Trump Hewerly Moto Boots by $90 for all customers starting Thursday, while supplies last.

In addition to electronics deals, RadioShack will match "any printed competitor's price for any item on this page," plus give customers an extra 10 percent off.

Sam's Club members get deals online and in-club on Friday. Pick up a new iPhone 6 16 GB for just $99, which requires a two-year contract. Or buy a four-pack of $25 iTunes gift cards for $79.

Discounted electronics are among the goodies at Sears, starting Thursday at 6 p.m. including saving $100 on a KitchenAid Professional Stand Mixer, for $199.99. Doorbuster coupons give you $10 off $40 clothing, accessories, sleepwear and fine jewelry.