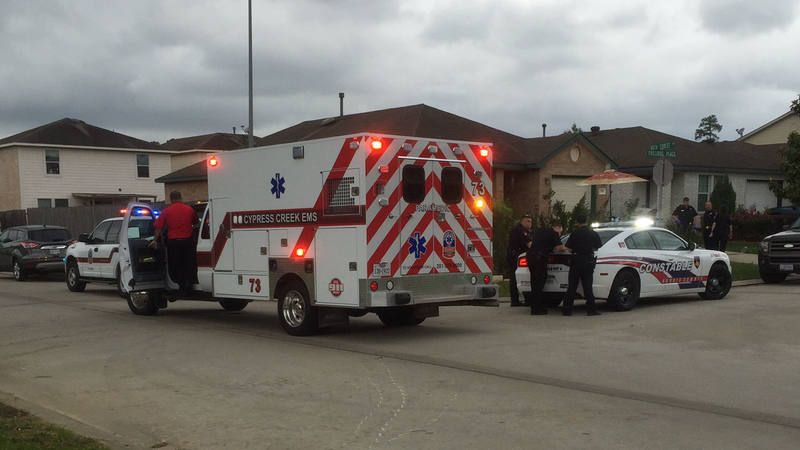 Investigators with the Harris County Precinct 4 Constable's office said they were getting conflicting reports about the incident but the shooting appeared to be accidental. The shooting happened at a family gathering at about 5pm at a home on Precious Place and Roth Forest Ln.

Eyewitness News spoke exclusively to a teen who saw the shooting.

"When the 40-year-old man went to go get his dry clothes, he had a gun somewhere in there. And when he went to holster it he was spinning it on his finger, he pulled the trigger and accidentally shot her near the collarbone," said Lawrence Martinez.

He pointed to an area near his collarbone and neck to indicate where she was shot.

The girl did not have life threatening injuries and was taken to Memorial Hermann Hospital in The Woodlands and was listed in stable condition.

The man with the 9mm appeared to be a family friend, according to neighbors. Lt. Daniel Garza said he could be charged with deadly conduct. One bullet ended up lodged in a car door several houses down.

Two people arrived at the home where the family gathering was taking place at about 8:30 pm. A man asked for privacy and would not answer questions, but said he has to take care of his niece and he's glad she will be okay.