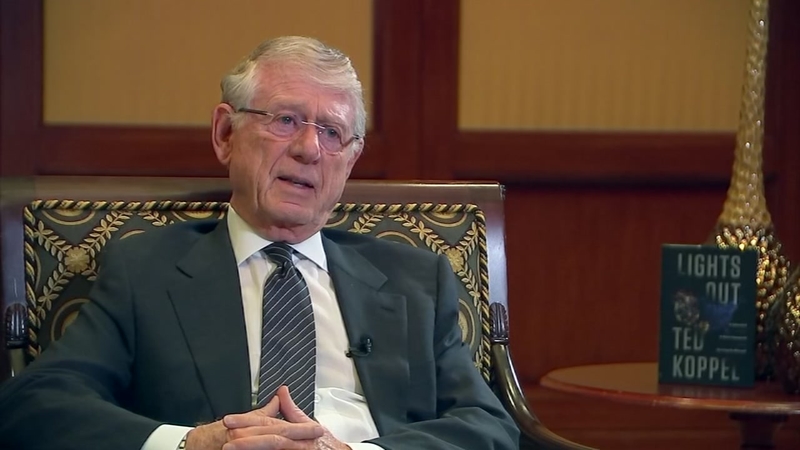 HOUSTON (KTRK) -- With every mass shooting and terrorist attack the occurs, we expect our government will increase security to keep us safe. We see it at airports and public gatherings, but according to Ted Koppel, one of the world's most experienced and respected journalists, there's one place that no one is looking. He first heard about the national security weak spot years ago. He looked into whether it was real. Then he checked what the government was doing about it. It all led to his new book.

"Darkness. Extended periods of darkness, longer and more profound than anyone now living in one of America's greatest cities has ever known." Those are the opening words of Koppel's new book "Light's Out."

"It's the hardest thing I've ever done," he said about the two years he spent writing it.

Koppel retired after 42 years at ABC News -- 25 of those years at the helm of the program Nightline -- and has been investigating what would happen if cyber hackers got inside our nation's power grids.

"And as you know we only have three power grids in this country. You folks in Texas are smart enough to have your own. That's one, then we have the eastern power connect and we have the western grid," he explains.

If someone were to knock one out, he said "it would mean tens of millions of people without electricity for weeks or months at a time. It would be devastating. It would be an act of war."

The most troubling part is that he says no one seems to be paying attention it, especially our government.

He talks about the threat and how the nation is unprepared, but he also spends some time in the book on who's most prepared to survive a grid outage. His book is available in bookstores and online.