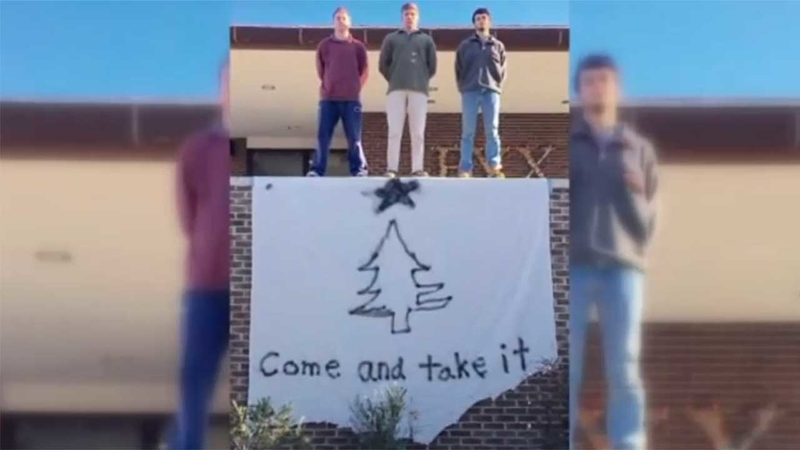 Is Christmas under attack in Tennessee

KNOXVILLE, TN -- 'Come and take it, UT-Knoxville.' That's what a sign with a picture of a Christmas tree said, which was hanging from a Christian fraternity in Tennessee. The banner was put there in response to the university's guidelines on best practices for holiday parties.

Clayton Dorman came up with the idea for the banner because of the guidelines, one of which states to ensure your holiday party is "not a Christmas party in disguise."

"It's my God given right to be able to have a Christmas party and telling me I can't do that just really sent me over the edge," he told television station WATE.

Dorman tweeted about the banner, which has generated a lot of discussion.

"The response has been more than I can imagine," said Dorman. "I like to imagine that I am the voice for the silent majority."

And while some lawmakers have criticized the school's guidelines, others on campus say they're having no problems celebrating Christmas.

"I don't feel persecuted at all," said Pastor John Tirro with the Tyson House. "I don't feel like my rights are infringed upon at all."

Pastor Tirro wrote a letter to some lawmakers who have a problem with the guidelines, saying in part to, "please calm down, have a cookie and know that Christmas is safe and well at the University of Tennessee."