KTRK
HOUSTON (KTRK) -- A private school bus has been involved in a serious accident with two other vehicles on Rampart and Bissonnet in southwest Houston. Police say 14 people were injured, but everyone survived the wreck.

Officials said 54 people were involved in the crash, mostly school-aged children. Witnesses tell authorities a silver SUV came around the corner, possibly running the red light, and rammed into the red vehicle, pushing it into the private school bus from the Agurcia Delmy Bus Service.

"They were screaming. We heard some screams," said one student on that bus.

"It felt frightening. It felt like all of us were coming up front," said another student.

The bus was picking up students from a nearby charter school, the Energize for Excellence Academy. Officials at the scene with the Houston Fire Department say the driver, a man in his 30's, and his elderly father were in the silver SUV.

Officials suspect alcohol was a factor in the wreck. 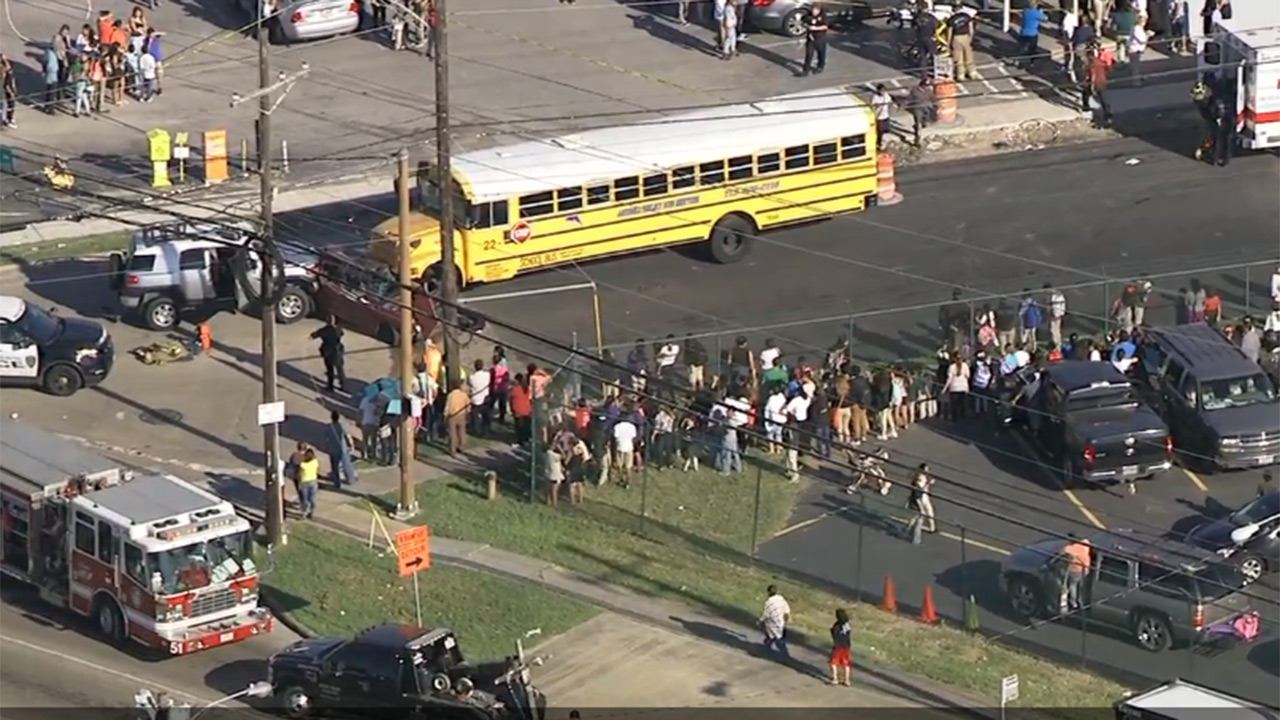 PHOTOS: School bus involved in 3-vehicle wreck
Photos show the severity of the accident at Bissonnet at Rampart

"They were still pressing the gas an then one of the guys took out the keys and took out the ignition," said eyewitness Elizabeth Cisneros.

The mother and two children in the red vehicle were taken an area hospital with serious injuries, but are expected to survive.

"She was bleeding real bad, so then I called the ambulance," said Cisneros who helped the woman who was bleeding.

A couple of students could be seen on stretchers receiving medical attention, but they appeared to be alert and conscious. The occupants of the silver SUV were taken for treatment, but their injuries aren't believed to be serious.

HFD on the scene said looking at the crash and conditions of the vehicles involved, it's a miracle no one was killed in the crash.