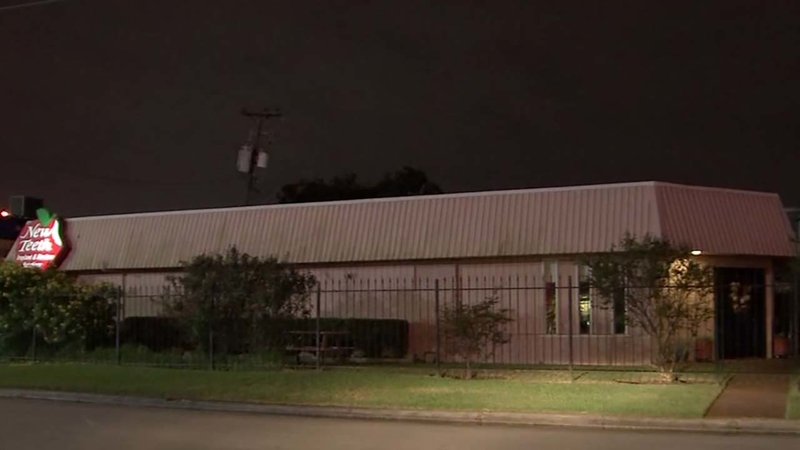 Dentist shoots suspect who tried to assault woman outside office

Houston police say a suspect who allegedly exposed himself inside a southeast Houston dental office was shot Tuesday in the office's parking lot.

Police say the suspect chased employees, and eventually the dentist at the office ended up shooting the suspect. The shooting happened just after 1pm in the 4000 block of Broadway at Moline St.

The shooting scared people nearby the dentist office. Claudia Diaz says she sees a lot of crime in the area.

"I just want to go home," Diaz said. "You never know, someone may come back and try to do the same thing. Especially because we're two ladies working in this establishment."

The suspect was taken to the hospital with a gunshot wound.

"Today a female patient was leaving the New Teeth Dental Office when a suspect exposed himself and attempted to assault her in the parking lot. He was exposed from the waist down and chased her inside the dental office where she hid behind a locked door with frightened staff members. The suspect attempted to kick in the locked door and then jumped over the reception room counter. He threatened staff, patients and Dr. Jay Elliott. He chased Dr. Elliott down a hallway and out the back door. Dr. Elliott was forced to display his handgun and warned the suspect several times to stop chasing and threatening him. Dr. Elliott was forced to fire one gunshot at the suspect as he was in fear for his life. A relative of the suspect told police and others that the suspect was under the influence of PCP."
Related topics:
houstonshooting
Copyright © 2021 KTRK-TV. All Rights Reserved.
TOP STORIES
Boston-bound jet crashes on takeoff west of Houston with 21 on board
Houston executive 1 of 21 on board jet when it crashed in field
How residents in this Harris County neighborhood became numb to crime
Loved ones remember mom of 3 killed during home invasion
Big warm up ahead but another cool front in the forecast
Alvin Community College offers way to tap into oil and gas
Friendswood gas fire put out after more than 5 hours since eruption
Show More
Aviation weighs in on what might have gone wrong in plane crash
Jan. 6 panel votes to hold Steve Bannon in contempt
Astros vs. Red Sox: Houston ties the series after 9-2 win over Boston
Unsolved: A Life Never Lived
Alvin Community College gives inmates way to earn a second chance
More TOP STORIES News