KTRK
ANGLETON, TX (KTRK) -- A Houston man was found guilty on two counts for striking two Brazoria County women while on a run with their boot camp class and leaving the scene.

Donna Treesh died at the scene, and her daughter Megan Gonzales was injured in the 2014 crash.

"It's a void that will never be filled," Gonzales said.

The 49-year-old mother and grandmother was passionate about going for a run.

Her sister Karen Treesh said, "That's what she did every Saturday."

The memories of her last steps are most painful for her daughter Megan who was running with her along Velasco Street in Angleton in December 2014 when a driver veered off the road and struck them both.

Gonzales had injuries to her head and legs when she talked to us just days later at the Angleton gym. Time moved on, but the Treesh family waited anxiously for Monday, wondering what justice might be like.

Sherry Standfor, Treesh's sister, said, "Fear, we were holding hands to give each other strength because it could have went either way."

It was a guilty verdict. The Brazoria County Courthouse was full of Treesh's family and friends who sobbed and sighed. Andrew Lee Williams, of Houston, was convicted of manslaughter and an accident involving death for his actions and leaving the scene.

Treesh said, "We just don't want him to get out and be able to do this to anyone else's family. It's really ripped our family apart, it has."

Williams has a long criminal history from multiple DUI arrests to driving with a suspended license, aggravated assault and drug possession.

Stanford said, "He can say he has drug problems or whatever that made him do this, but we all have problems and we don't go and take lives."

Gonzales still runs though she says it's difficult. But she does it to follow in her mother's amazing footsteps.

"We're trying to get through this so we can move forward -- not ever move on -- but move forward," said Gonzales.

Jurors will return to the Brazoria County Courthouse Tuesday morning for the sentencing phase of the trial. Williams faces 25-99 years in prison and up to $100,000 fine. 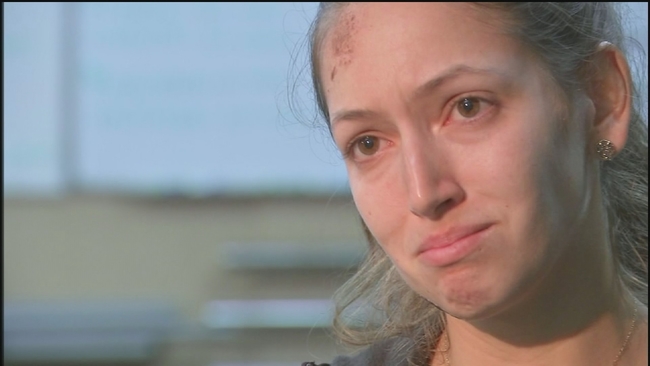