Jury sides with man suing ex-girlfriend, sperm bank that gave her his semen 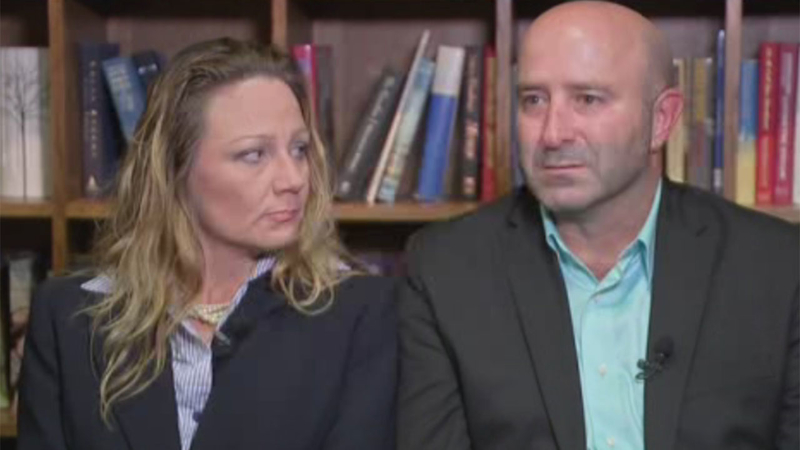 HOUSTON (KTRK) -- After seven days of trial, a jury on Friday made up its mind on the strange circumstances surrounding a lawsuit between a man, a Houston sperm bank and his ex-girlfriend.

Jurors ruled in favor of Layne Hardin and his first ex-girlfriend, Katherine LeBlanc, who are former domestic partners

"It was pouring down rain, and I kissed the wall of the church because there is a God. There is a true God," said Hardin in an exclusive interview with ABC-13.

"Just a sense or relief that we can put it past us," said LeBlanc.

In 2002, Hardin stored his sperm at Texas Andrology Services in Houston. He and his then-girlfriend, LeBlanc, decided they might want a second child down. They agreed that whatever happened, the sperm would go to her. But they broke up.

Hardin began dating another woman, Tobie Devall, who went to the sperm bank, got his sperm and had his child.

"It's such a private matter. I mean it's hard to sit in front of people and explain what happened," said LeBlanc.

The jury ruled that the Texas Andrology Services failed to comply with the agreement and ordered the facility to pay Hardin and LeBlanc $250,000 each. Devall, the woman who got pregnant, must also pay Hardin $125,000 and his ex-girlfriend $250,000.

"We're done. I never want to hear the name Devall again in my life. We are done," said LeBlanc.

"The best that we can do is go home and repair our lives. The lives that we've struggled with for four years," said Hardin.

As for the child Hardin now has with Devall, he said he's been stripped of his parental rights. But he said one day, if his son finds him, he will tell him the truth.

"I can tell him that I've loved I'm from Day One. I love him then. There's no book, there's no manual that can tell me what to do," said Hardin.