KTRK
By Jeff Ehling
HOUSTON (KTRK) -- Last month, Houston Mayor Sylvester Turner made a pothole promise. And on Wednesday, he says he has proof he's made good on it.

During his inauguration address, Mayor Turner vowed that if potholes were properly reported, they'd be assessed within 24 hours. The Kinder Institute for Urban Research at Rice University crunched the numbers since that promise was made and here are their results for January 4 through January 21

According to the city, the results are in line with what the city has reported on its website.

"This independent verification confirms that we are delivering on the pledge to quickly respond to pothole complaints," said Mayor Turner in a press release.

City officials say between January 4 and February 16, a total of 1,976 potholes that were properly reported had been repaired. They say the average since the program began is at 95 percent. 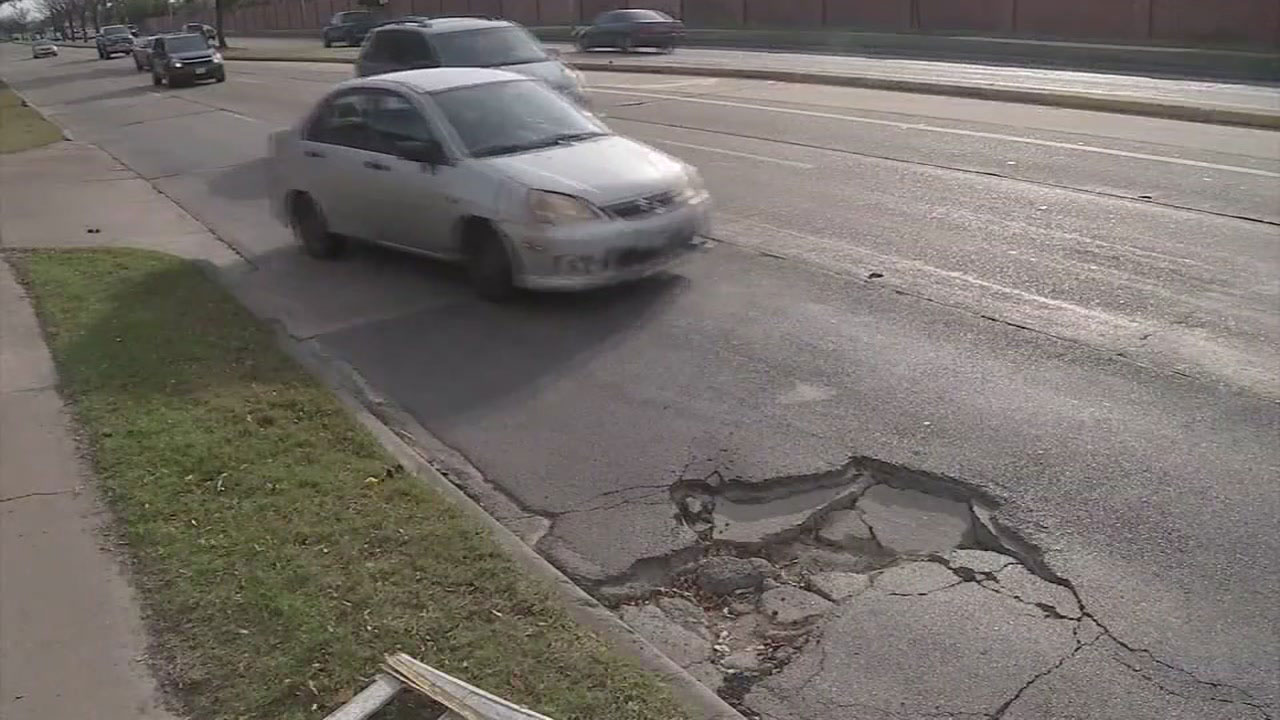 Homeowners hopeful for pothole fix after new mayor's promise
During his inaugural address, Houston Mayor Sylvester Turner committed to fixing potholes across the Bayou City within one business day of being reported.

The city is also ramping up response to other road problems. At its peak, there were 1,149 open street condition cases. By January 30, that number was down to 779.
Related topics:
houstonpotholeshouston city councilroad repair
Copyright © 2020 KTRK-TV. All Rights Reserved.
RELATED Ginsburg is first woman to lie in state at US Capitol
It's not just you! Traffic is back, especially in the afternoon
Majority of Americans oppose filling RBG's seat before election: POLL
2 charged after COVID-19 outbreak kills nearly 80 veterans
In despair, protesters take to streets for Breonna Taylor
Show More
100 firefighters from Mexico sent to help fight California fires
Houston ISD extends deadline to opt out of in-person classes
Two fall fronts on the way to Houston
Fort Bend ISD's return to class could mean changing teachers
Driver crashes into Houston IHOP after taunting officers
More TOP STORIES News