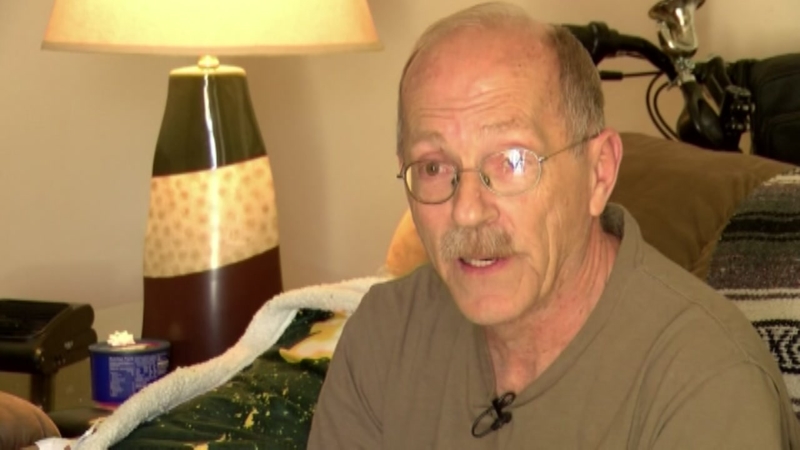 Firefighter unknowingly responds to call after dad has heart attack

VALDESE, NC (KTRK) -- Michael Kiddy was stocking shelves at his job at Food Lion in Valdese when his heart stopped beating.

The 60-year-old man collapsed in a back aisle of the store. That spot would have marked the place he died, had it not been for quick thinking witnesses and first responders, including Michael's own son.

One of the first to start CPR was 18-year-old East Burke High School student James Crossno.

"He was just laid out on the floor in the middle of the aisle. Workers were around him trying to wake him up," Crossno said.

The high school senior is studying pre-EMT courses and recently became certified in CPR. His training kicked in and he went to work with chest compressions.

James says others at the scene, including several nurses who happened to be in the store, also helped.

Not long after Michael suffered his heart attack, a first responder with Valdese Fire showed up and immediately began with respirations.

Steve Kiddy said he went into work mode and was only concerned with saving a life. Because the man's face was covered with a guard used in CPR, Steve didn't know the man lying lifeless on the floor was his own father.

"My chief came up and asked me if I'm alright," Steve said, "and then it dawned on me to check and see who this person is."

When Steve realized it was his father, he stood up and let others take over.

Michael was rushed to Frye Hospital in Hickory in very critical condition.

"I don't think he really understands just what a miracle this is," Steve said.

But he actually does. Thursday afternoon, Michael told us he's eternally grateful for his life and for the people that helped save it, "From the beginning all the way to the hospital. I mean I can't express how much I do appreciate it. Really."

Michael spent ten days in the hospital and is now at home with a miraculous clean bill of health.

"The doctors said it didn't do any lasting damage," Steve said.

Many people contributed to saving Michael Kiddy's life. Many people who should be commended for knowing and using CPR to keep Michael alive until paramedics could shock his heart back into order.

"The CPR saved his life without a doubt," Steve said.