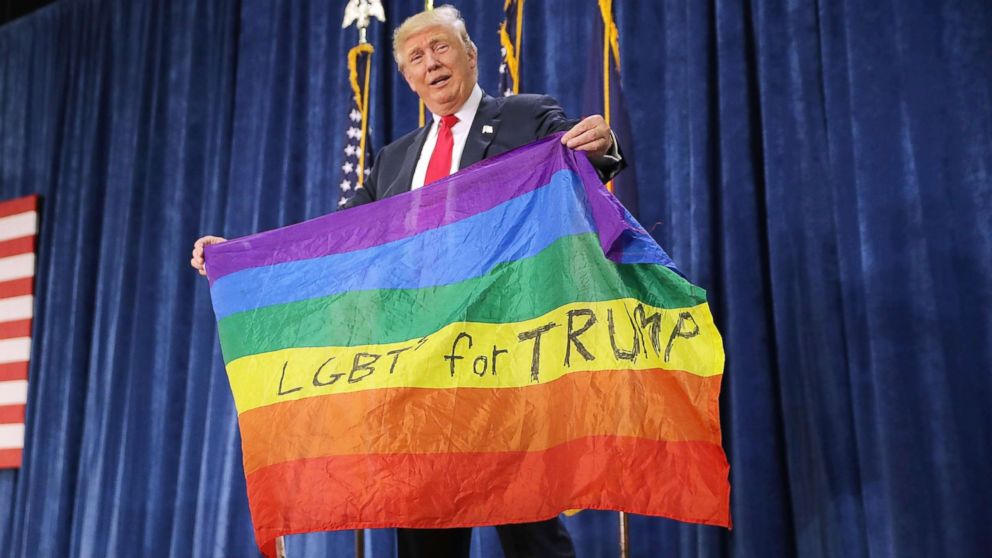 It's unclear how President Donald Trump's announced military ban on transgender people will affect those already serving in the U.S. armed forces, with White House press secretary Sarah Sanders unable to say today how the new policy will be implemented.

"That's something that the Department of Defense and the White House will have to work together as implementation takes place and is done so lawfully," Sanders told ABC News chief White House correspondent Jon Karl at the press briefing today.

"I would imagine the Department of Defense will be the lead on that," she added.

She repeatedly denied that the action is an attack on transgender rights.

"The president has a lot of support for all Americans and certainly wants to protect all Americans at all times," she said. "The president's expressed concerns since this Obama policy came into effect, but he's also voiced that this is a very comprehensive and disruptive policy and based on consultation that he's had with his national security team, came to the conclusion that it erodes military readiness and unit cohesion and made the decision based on that."

The policy change was announced via Twitter this morning, when Trump said that transgender people will not be allowed to serve in the U.S. military "in any capacity."

"We refer all questions about the president's statements to the White House," Defense Department spokesman Capt. Jeff Davis said in a statement. "We will continue to work closely with the White House to address the new guidance provided by the commander-in-chief on transgender individuals serving the military. We will provide revised guidance to the department in the near future."

He declined to confirm whether Trump consulted Mattis before the announcement.

In June 2016, then-Defense Secretary Ash Carter announced that transgender individuals would be able to openly serve in the armed forces. He referred at the time to a Rand study estimate that between 1,320 and 6,630 of the 1.3 million active-duty service members might be transgender.

In a written statement last month, Mattis approved a recommendation to defer the decision to allow transgender individuals to join the military, known as accession.

"The services will review their accession plans and provide input on the impact to the readiness and lethality of our forces," the statement read.

In June of last year, then-candidate Trump tweeted his support for the LGBT community and attacked his opponent Hillary Clinton.

In October of last year, in an attempt to show support for the LGBT community, Trump held up a rainbow flag given to him by a supporter at a rally in Greeley, Colorado.

Some, including the bipartisan Congressional LGBT Equality Caucus, have characterized Trump's announcement this morning as standing in direct contradiction to his previously voiced support for the LGBT community.

Editor's note: This story has been updated to reflect Rand's estimate of how many active duty service members might be transgender, as referenced by Secretary of Defense Ash Carter on June 30, 2016, in the Pentagon briefing room.
Report a correction or typo
Related topics:
abc newsnational
Copyright © 2021 ABC News Internet Ventures.
More Videos
From CNN Newsource affiliates
TOP STORIES