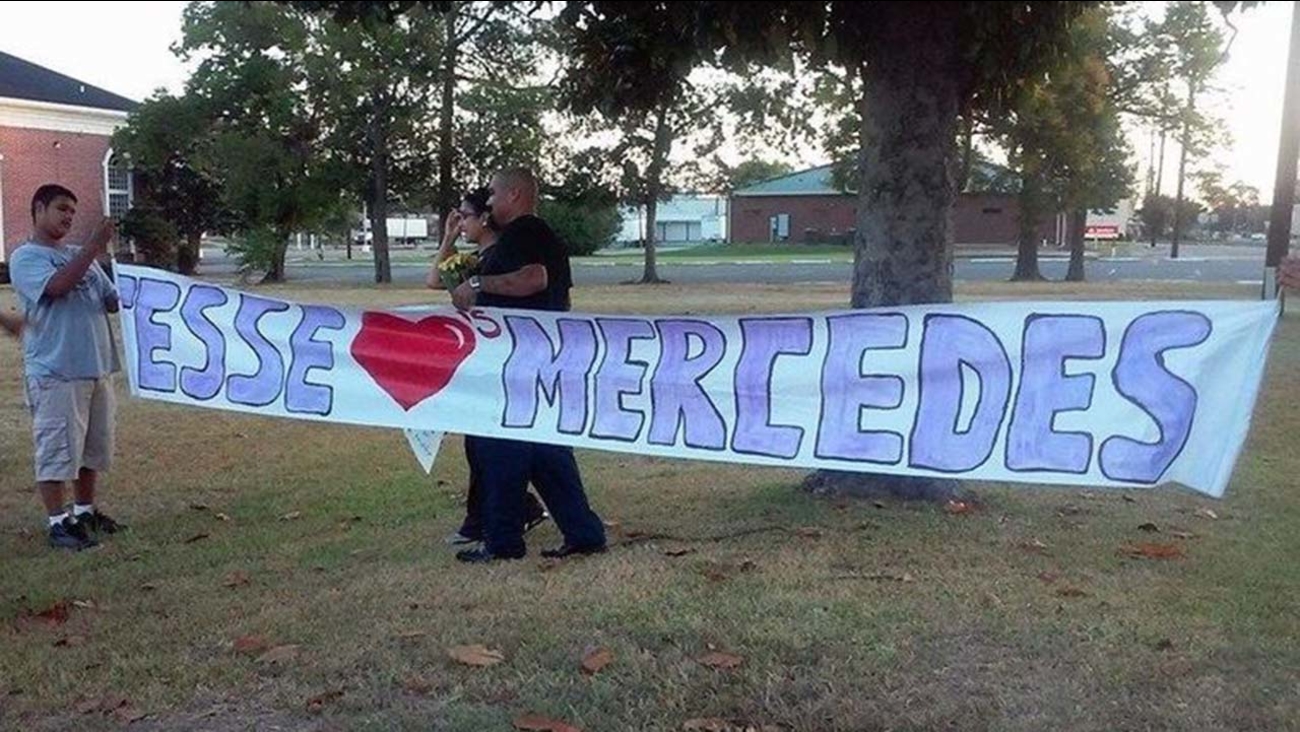 Jesse Mosquedas leads his wife, Mercedes, to the sign he made for her in an effort to regain her love and trust after he broke his marriage vows. (The Cleveland Advocate)

CLEVELAND, TX -- Social media messages from people in and around Plum Grove on Tuesday, Aug. 18, expressed some curiosity about a dozen or so signs that had been placed along Gulf Road and FM 1010.

The mystery of who posted the messages was solved Tuesday afternoon when one of the signs was posted on the Cleveland Advocate's Facebook page and identified by some of the persons involved.

As it turns out, the messages had been the idea of Jesse Mosquedas, 38, of Cleveland, and were intended for his estranged wife, Mercedes Monreal, also 38.