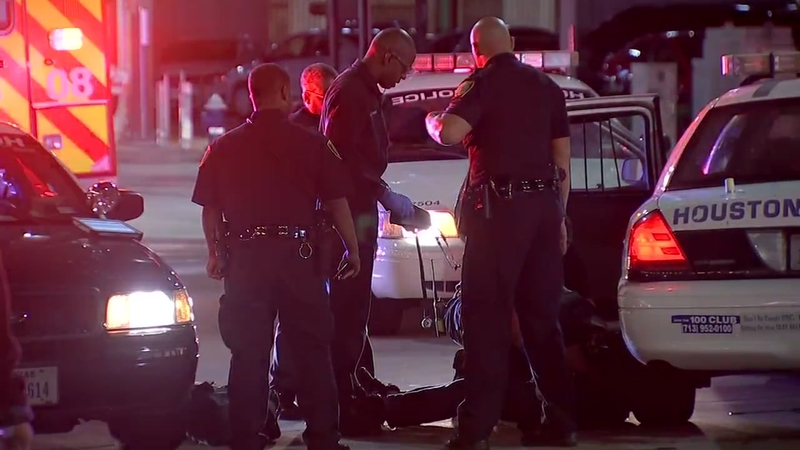 On the video, you can hear onlookers yelling "Oh my God" as the man flung a knife on Rusk, right in front of the Club Quarters Hotel. Moments later officers deployed the bean bag gun at least three times.

"He got on the floor and he kept waving that knife around and then they Tasered him," said Garcia, who was at a work site near the incident around 6 am.

"We tried talking to him. We eventually had to deploy a soft impact weapon as well as multiple CED's (Taser)," HPD Officer Curtis Hampton said.

Hampton said they believe the man was suffering from delusions.

The restraint shown by HPD officers was praised by both eyewitnesses and the new police chief.

"The use of deadly force should be a last option," said Chief Art Acevedo. "It should not be your first option."

"I think that this illustrates the fact that police officers more often than not, are resorting to less lethal methods to save lives and we need to celebrate those instances. "

In this case, the man was taken to a hospital for mental health treatment.

No charges were filed.

"The bean bag was a good way to get him I guess," said Garcia, who admitted he thought he was going to see gunfire. "It was a good take-down. I'm glad they didn't shoot him."