Woman struck by bullet while at Pennsylvania amusement park 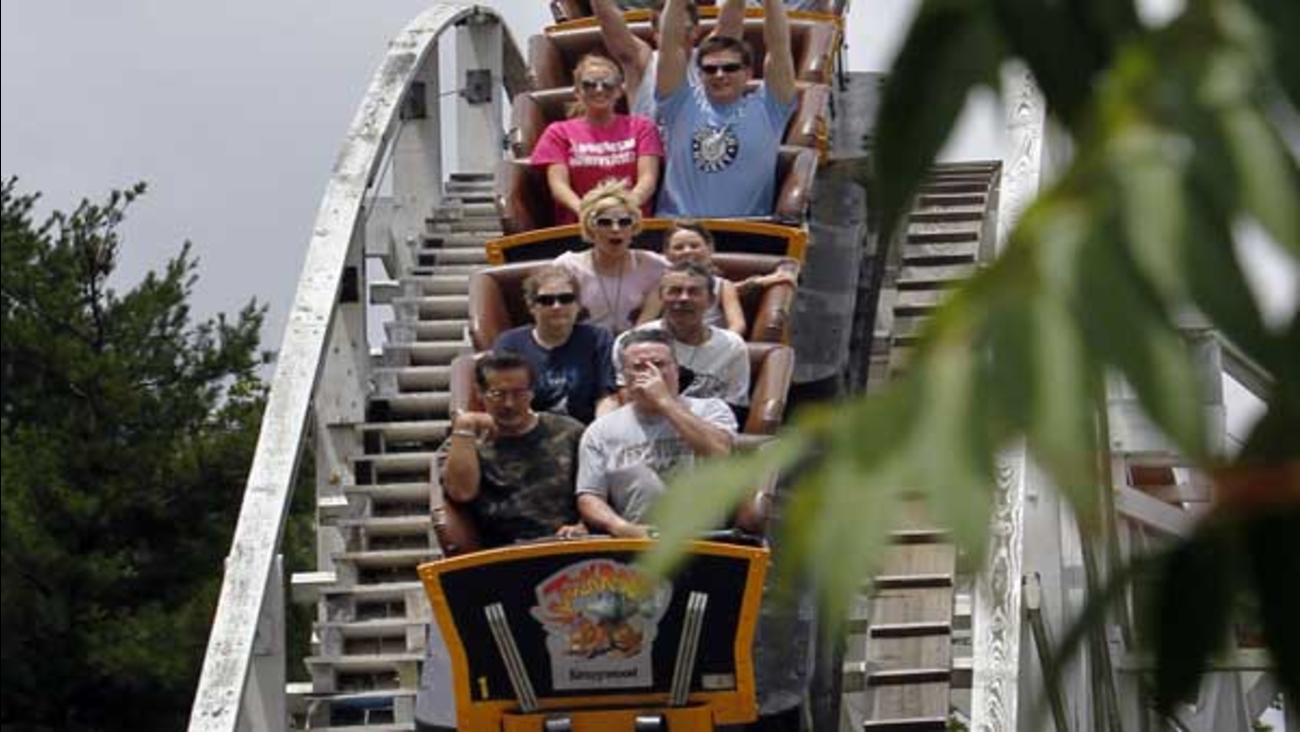 In this June 16, 2010 file photo, riders go down one of the hills on the "Jack Rabbit" roller coaster at Kennywood Park in West Mifflin, Pa. (AP Photo/Keith Srakocic, File)

WEST MIFFLIN, PA -- Police say a woman was shot while inside an amusement park in suburban Pittsburgh, and they're investigating whether the bullet came from someone nearby celebrating the Fourth of July.

Allegheny County Police say the 26-year-old woman was in stable condition following the shooting just after 10 p.m. Saturday at Kennywood Park in West Mifflin. She was struck in the upper chest near her shoulder.

Police believe the gunshot came from outside the park, possibly from someone firing a gun to celebrate the holiday. They say they interviewed numerous witnesses, and none said they heard the shot or saw anyone fire a gun. Police don't believe the woman or anyone near her at the time were targeted.