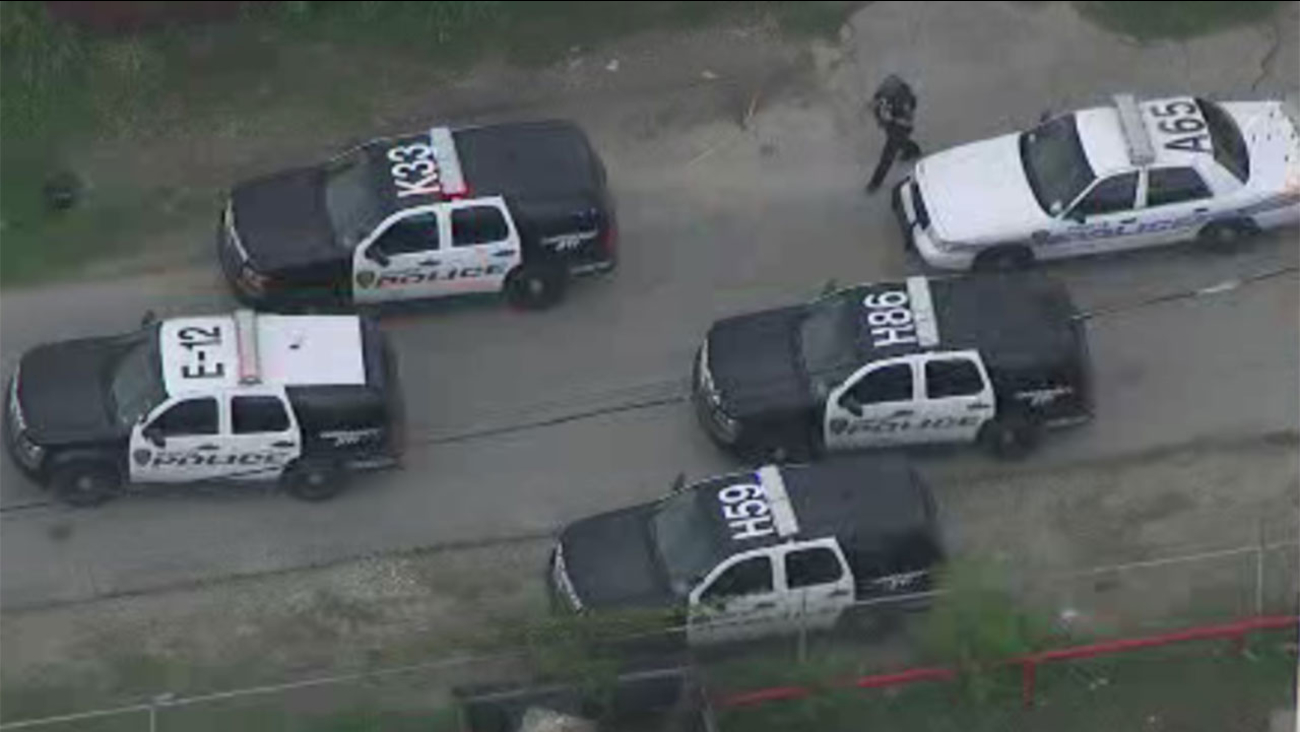 SkyEye HD was over the scene as officers surrounded a home in the 7000 block of Bonham with weapons drawn.

According to initial reports, one of the suspects was taken into custody, and the other had fled into a home. He also was believed to be armed.

The residents of the house managed to get out uninjured.

Police say the SWAT scene came to an end after they found and arrested the second suspect.

Stay with Eyewitness News for the latest information.