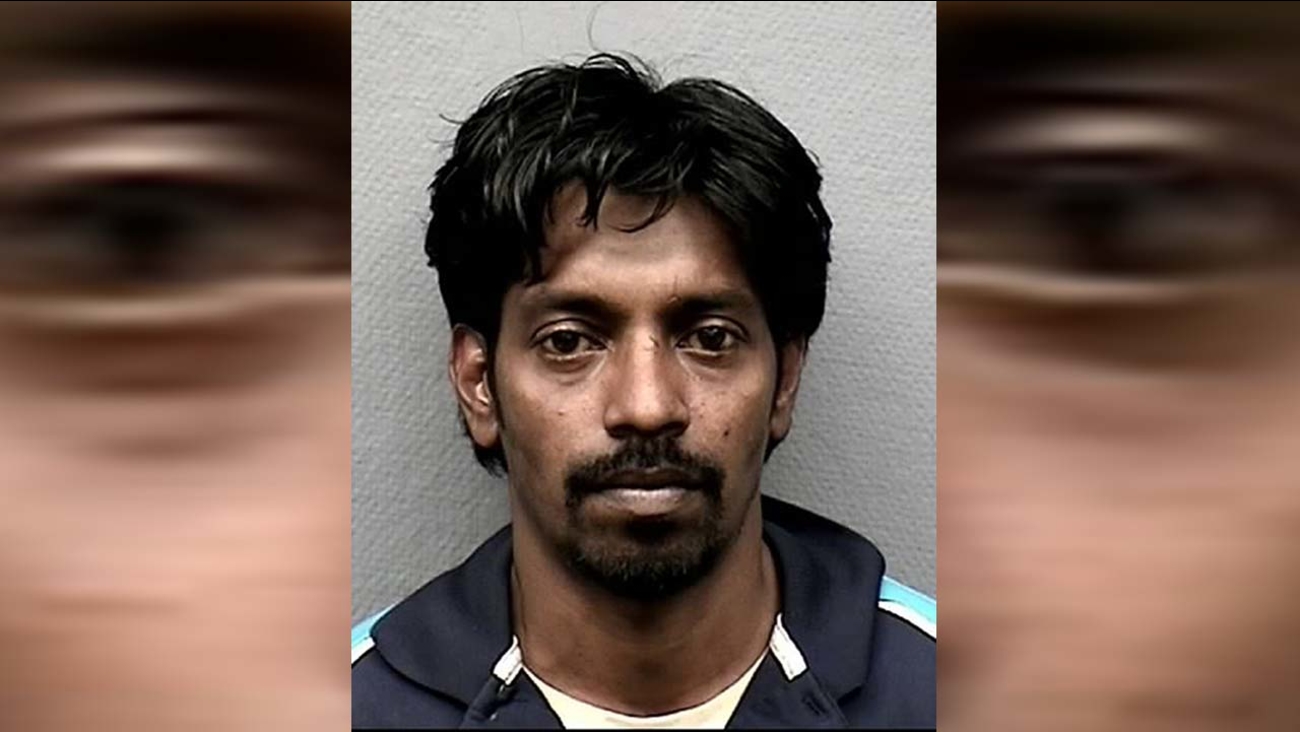 HOUSTON (KTRK) -- A 35-year-old man is accused of beating his 2-year-old child until his belt buckle broke because the boy wouldn't go to sleep, court records show.

Danzil Dsouza is charged with injury to a child under 15 after the April 28 incident.

A day before the alleged beating was discovered, a woman who says she knows Dsouza came to his aid when his car got stuck in a ditch, court records show. The woman claims she saw Dsouza drinking and grew concerned for the children in the back seat of his vehicle, according to court papers.

Later, Dsouza allegedly told the woman he was staying in a motel and had no food for the children, according to court documents. The woman returned the next morning with food for them.

However, when she came into the motel room, the woman claims in court documents that she saw the boy had severe, deep bruising that he didn't have the night before on his face, chest, side and back.

She claims further in records that Dsouza had bruised hands and told her, "I beat him, I beat him until he spit up all out of his mouth...I beat him (until) I was tired."

Dsousa was arrested and remains in police custody. He is due in court on July 29.
Related topics:
houstonchild abusechild injured
Copyright © 2021 KTRK-TV. All Rights Reserved.
TOP STORIES
Boston-bound jet crashes on takeoff west of Houston with 21 on board
Houston executive 1 of 21 on board jet when it crashed in field
Gradual warm up set to return rest of the week
Astros to start less-than-healthy Greinke in Game 4 to salvage ALCS
4-year-old survives fall off 70-foot cliff while hiking with parents
Wanted: 80,000 truck drivers to help fix the supply chain
Megan Thee Stallion and Popeyes make 6-figure donation to charity
Show More
Whitney Mercilus says parting with Texans was 'a mutual thing'
Man wanted for aunt's murder in Florida arrested in Harris County
Police chase comes to end on Houston's east side
New congressional maps OK'd by Texas legislature head to Abbott
Bail jumping charges filed against DWI suspect in deadly crash
More TOP STORIES News