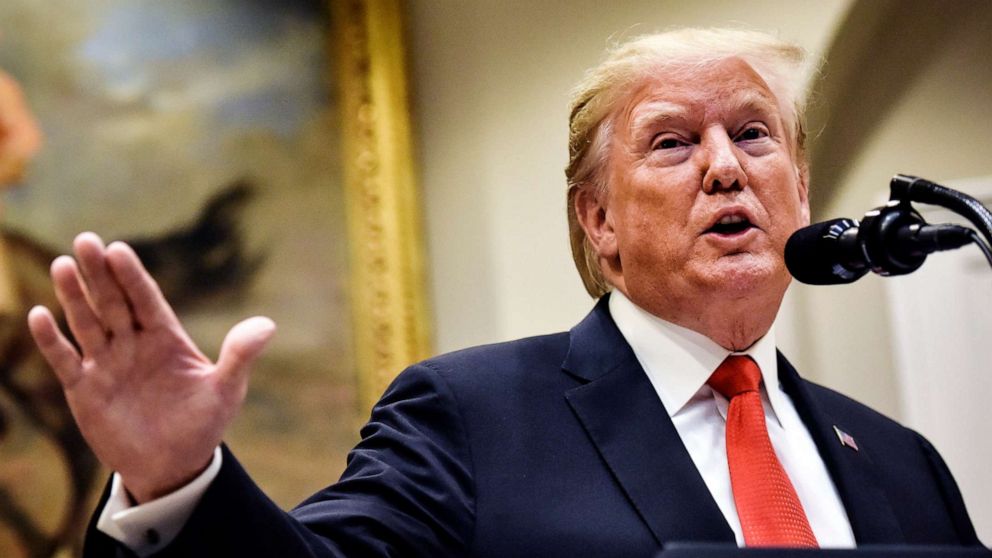 Republican officials in South Carolina and Nevada voted Saturday to cancel their nominating contests in 2020, prompting President Donald Trump's long-shot primary opponents to rail against the stunning but not unprecedented move.

The votes, which come as Kansas and Arizona are also finalizing plans to forgo their GOP presidential primaries and caucuses, follows a broad effort by the Republican National Committee to give "undivided support" to the president - even passing an unprecedented loyalty pledge earlier this year before he's the party's official nominee.

"With no legitimate primary challenger and President Trump's record of results, the decision was made to save South Carolina taxpayers over $1.2 million and forgo an unnecessary primary," Drew McKissick, the chairman of the South Carolina GOP, said in a statement. "President Trump and his administration have delivered for South Carolinians, and we look forward to ensuring that Republican candidates up and down the ballot are elected in 2020."

Late Saturday, the Nevada GOP voted to opt out of its caucus process, but the state party stopped short of nominating Trump. Instead, state party officials on the central committee will participate in an endorsement vote, which could bind the state's delegates to the president, at a later date.

"As the chairman of the Nevada Republican Party, my job is to ensure not only President Trump's victory in Nevada but also to elect more Republicans down the ballot. It would be malpractice on my part to waste money on a caucus to come to the inevitable conclusion that President Trump will be getting all our delegates in Charlotte," said Chairman Michael J. McDonald. "I am excited that our central committee has agreed with this proposal and voted to give us a way to bypass the caucus process."

Meanwhile, the Kansas Republican Party told ABC News on Friday that it is not planning for a caucus. Arizona is expected to make a decision later this month.

"It's utter bulls---," former Rep. Joe Walsh, R-Ill., who launched a primary challenge during an exclusive interview on "This Week," told ABC News in an interview done Friday. "It's undemocratic. It's what a mob boss would do and that's how Trump's behaving right now."

Politico first reported on states' plans to drop the primaries.

Walsh blamed the president - even likening Trump to a king - and signaled his openness to legal action to fight back against the four states that are opting to forgo the primary process.

"We're pursuing legal avenues to fight this," he added.

Former Massachusetts Gov. Bill Weld, who declared earlier this year that he's running against Trump, struck a similar tone, saying the president "wishes to be crowned" instead of being "elected."

"Donald Trump, by turns arrogant and paranoid, has made no secret of the fact that he wishes to be crowned as President rather than elected," he told ABC News. "That might be fine in a monarchy, but we overthrew ours two centuries ago. The fact is that Mr. Trump and his handlers are keen to bypass the basic procedures of democracy as far as they can, because they know how awful he will look alongside candidates who are intelligent, experienced, and decent."

"Republicans and Democrats alike have opted out ... in previous election cycles: Democrats did so in 1996 with then-incumbent President Bill Clinton, and again in 2012 when President Obama was in office; Republicans opted out in 2004 when President Bush was up for re-election," said Republican Party of Arizona Chairman Kelli Ward. "This is nothing new, despite the media's inauthentic attempt to portray it as such. Arizona Republicans are fired up to re-elect President Trump to a second term and will continue to work together to keep America-and Arizona-great."

The Arizona GOP will be weighing its decision at their upcoming quarterly executive committee meeting on Sept. 14, with one official telling ABC News, "it's likely" the primary will be canceled.

Arizona's Secretary of State's office confirmed that the Democratic Party did not participate in the presidential preference election in 1996 and 2012. But a spokesperson for the state Democratic Party told ABC News that it did hold caucuses during both Obama's and Clinton's re-election. In 2012, as the only candidate on the ballot, Obama received all 70 pledged delegates in the caucuses.

"Whether or not to hold a presidential primary is a decision made by our state executive committee every four years. There is strong precedent on the part of both parties to not hold a primary when they control the White House," said South Carolina GOP Chairman Drew McKissick.

The Kansas GOP confirmed Friday it would not organize a caucus in 2020.

The RNC official also noted that state parties incur fees to pay for a primary or caucus, which is a big factor as they consider this decision. In Kansas, GOP Chairman Michael Kuckelman estimates it would cost the state party $250,000 to hold the caucus, money that could be used elsewhere, including to compete in tight races.

But two other early nominating states - Iowa and New Hampshire - are adamant that the decision to abandon the voting process in these states will not change anything for them.

The Iowa GOP told ABC News that their caucuses will continue as planned.

In New Hampshire, the secretary of state, a Democrat -- and not the state GOP -- runs the primary. Still, the spokesperson for the state Republican Party told ABC News: "Regardless of what other states do, New Hampshire's primary will always be the first in the nation."
Report a correction or typo
Related topics:
abc newsnational
Copyright © 2022 ABC News Internet Ventures.
TOP STORIES
Driver shot after argument in N. Houston, wife fires back, police say
One more hot and mostly dry day, then a pattern change next week
3rd monkeypox case confirmed in Houston area, officials say
There are many ways to eat healthy amid high food prices, experts say
Biden signs landmark gun measure, says 'lives will be saved'
Bank of America apologizes to refugee family for account mix-up
6 people killed over span of 12 hours in isolated incidents in Houston
Show More
Love the outdoors? Galveston Island State Park is reopening
Astros' 2nd time ever to no-hit NY
Houston Pride 2022: Where and how to celebrate
Teenage daughter stabs father during fight in SW Houston, police say
17-year-old charged with murder after giving friend ride
More TOP STORIES News