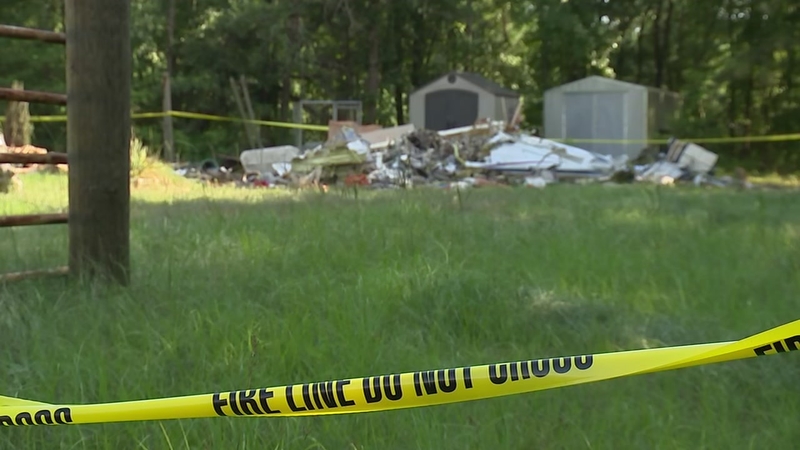 According to State Highway Patrol, a civilian plane crashed into a home on Pasadena Avenue. The Federal Aviation Administration identified the aircraft as a Beechcraft Baron. The particular plane was manufactured in 1979 and registered to Industrial Power Inc., a company based out of Fayetteville.

The pilot and one occupant of the home were killed; they were pronounced dead on scene. Another person in the home was taken to Cape Fear Valley Medical Center with non-life-threatening injuries.

The identities of the people involved in the crash have not been released.

Robert Gretz with the National Transportation Safety Board said the pilot had been practicing nighttime landing and taking off from the nearby Fayetteville Regional Airport.

The pilot was approaching runway 4 in preparation to land again when something went wrong. The last communication received by air traffic control was the pilot reporting a "control problem."

Gretz said a preliminary report would be ready within 10 days. The final report could take as long as a year to complete.

Jennifer Kelton, who lives about 50 yards away from the crash site, told ABC11's Morgan Norwood her family was sitting down to dinner when they heard the plane pass by and then heard an explosion.

"I never heard anything that loud," she said. "It really did buzz over the roof."

Kelton said the residents of the home the airplane destroyed were "very good people."

"It's so very, very unfortunate, and I'm just praying for their family."

Other neighbors told ABC11's Akilah Davis that they heard the crash and went out to see that a small aircraft had crashed into a home.

They said they heard the plane struggling and the engine sputtering.

"It was a double-wide modular home, and it (the plane) came in and it took the whole back of the house out," eyewitness Kenny Oxendine said.