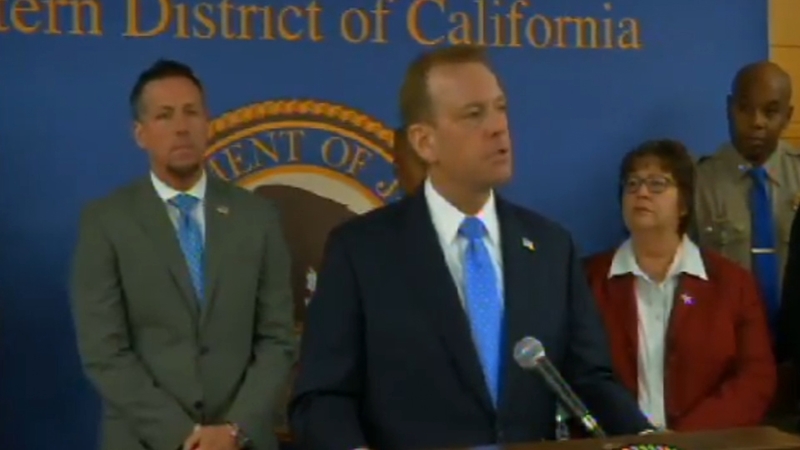 The notorious street gang took advantage of an understaffed police department in Mendota and terrorized the city, Scott said.

Mendota, with a population of roughly 11,000 people, lies 35 miles west of Fresno in California's agriculturally rich Central Valley. Nearly the entire population is Hispanic, with many immigrants from El Salvador.

MS-13, or La Mara Salvatrucha, was formed in Los Angeles in the 1980s by refugees from El Salvador and is linked to many slayings in certain parts of the U.S., including in New York, Las Vegas and Los Angeles. In California, the gang has clashed with rival Nortenos gang members. It also targets its own members for violating gang rules.

President Donald Trump has singled out the gang as a threat to the U.S. and blames weak border enforcement for the group's crimes. But many gang members were born in the U.S.

Two MS-13 gang members were charged with murder in U.S. court and another four with assault in the investigation centered on Mendota, Scott said.

Another 16 people affiliated with MS-13 are facing drug trafficking charges in U.S. court. Additional charges have been filed in state court.

A wiretap obtained as part of the probe linked MS-13 gang members to slayings and assaults in the other four cities, and additional people were charged there, Scott said.

"The nationwide tentacles of this going out from this little town in Fresno County is dramatic," he said.

McGregor said the crackdown on MS-13 in the Central Valley was not directed by officials in Washington, D.C. Scott said he made the investigation of MS-13 a top priority after receiving a briefing about the gang's brutality upon returning to head the U.S. attorney's office in Sacramento.

Scott became U.S. attorney there for a second time in December. He previously headed that office from 2003 to 2009.