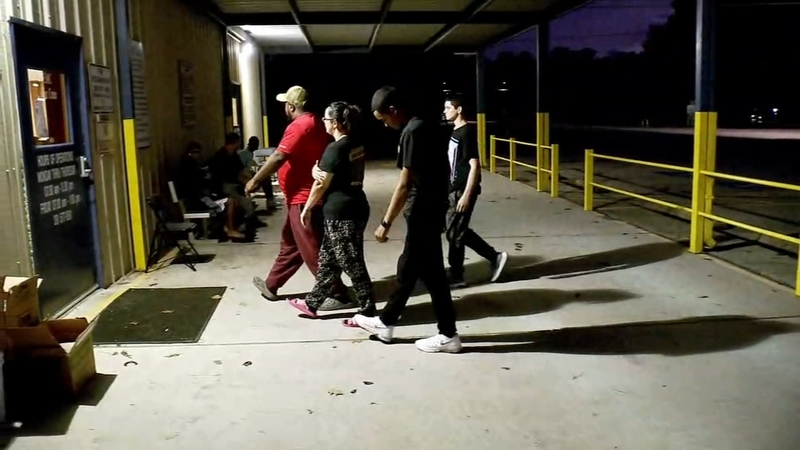 HUFFMAN, Texas (KTRK) -- Montgomery County continues to feel the impacts from Imelda as dozens of people remain in a shelter after being flooded out of their homes.

A center that opened up for Hurricane Harvey say it was a practice run for the catastrophic event this part of the county saw Thursday. By nightfall, they were over capacity with 150 people seeking help.

Friday night, they have fewer families and are working to keep everyone comfortable.

After the water got into their home, a family of six was rescued by the fire department, brought to a shelter where they're about to spend their second night.

"It's emotional, but something we have to do because we're safe here," evacuee Angel Williams said. "We're not in the house where we're having electrical problems and nasty water in our house."

Montgomery County Pct. 4 Commissioner James Metts was there with a load of blankets and towels, calling the flooding in his county "unimaginable."

The rain had strangers helping strangers. The Williams' oldest son Zackery Istre, a new member of the Army National Guard, put on his fatigues to assist in the shelter.

The family estimates they got one or two feet of water inside their home. They say they're hoping for government aid because they were not covered under flood insurance.