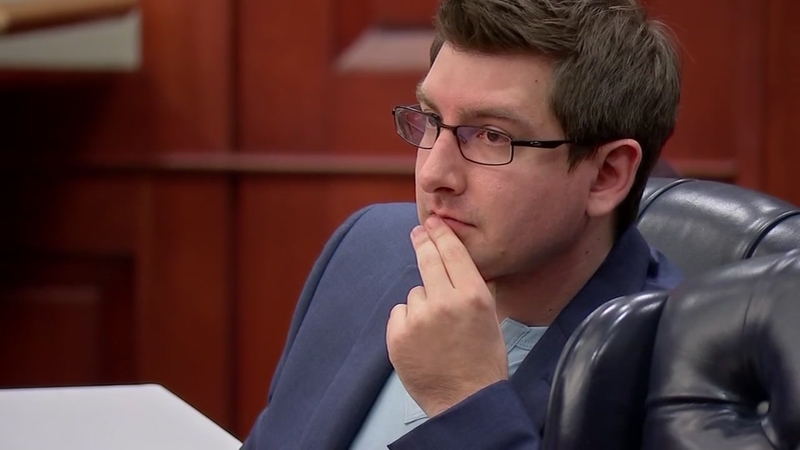 FT. BEND COUNTY, TX (KTRK) -- It's been 972 days since Stephanie Politte was murdered, and now her husband has been found guilty by a Fort Bend County jury.

The jury found Daniel Politte guilty after only an hour and a half of deliberations.

"This is an opportunity for my family to get this part behind us. Nothing will ever bring Stephanie back but knowing that the person that's responsible for her death has been found guilty of that is a great relief," said Stephanie's father Neil Kirkpatrick.

Prosecutors say Stephanie Politte was shot in the back of the head, likely as she slept, in her Missouri City home on March 11, 2014.

Experts testifying for the state concluded she could not have shot herself.

Politte's defense team said the shooting was a tragic accident which occurred when Dan Politte was struggling with his wife to take a revolver he thought she was going to use to hurt herself. In closing arguments defense attorney Stephen Doggett told the jury the evidence did not prove intent.

At trial, prosecutors played a 911 call Dan Politte made following the shooting. He requested help, saying his wife was vomiting blood. He never mentioned a gun or a gunshot wound.

Also telling, prosecutors say, was a photo they showed the jury of Stephanie Politte which was taken about 20 minutes before her death by her husband. The picture shows her apparently asleep in the couple's bed in the same position which experts testified she was when she was shot.

According to testimony, Daniel Politte first told police he was not sure what happened, that he could not remember a gun being fired. He later changed that story, telling family and friends the gun went off accidentally.

Bolin said Politte also made a telling statement when in the back of the police car the night of the murder. Sitting in handcuffs and alone, not realizing the police dash cam was recording the audio from inside the vehicle, you could hear Dan Politte say "I'm f****d."

Stephanie Politte was 29 years old. She was a teacher who worked with children who had autism. The defense attempted to portray her as someone who struggled with depression and body image. When killed, she had a blood alcohol content nearly three times the legal limit if she were driving a vehicle.

Prosecutors never specified a singular motive for the murder. By law, they don't have to. They suggested a number of possibilities including financial stresses, Dan Politte's struggles in school, his health issues or even his possible perception that Stephanie wanted him to sell his Mustang.

The night of the murder he was arrested wearing a bloody Mustang Shelby T-shirt.

Daniel Politte spent only two days in jail after the shooting before posting bond. After the guilty verdict he was placed in custody. The punishment phase of trial begins Wednesday.