So HONORED to be your #MissAmerica 2016! A night I will never forget! pic.twitter.com/YpK87feBIU

Cantrell rode an opera performance to the title in Atlantic City's Boardwalk Hall Sunday night, besting 51 other competitors in the nationally televised pageant.

"This is so incredible, I can't believe it. I thought I blew my on-stage question," Cantrell said in an interview immediately after she was crowned. "I'm only the second Miss Georgia to ever win Miss America, and I couldn't be more happy to represent my state."

For her interview question, Cantrell was asked about the DeflateGate scandal and whether she believes New England Patriots quarterback Tom Brady cheated.

"I'd have to see the ball and feel it" she said in the response, which is limited to 20 seconds. "If there's any question, then yes, he cheated."

The pageant also marked the return of Miss America 1984 Vanessa Williams, who was back for the first time after resigning the crown following a nude photo scandal. Pageant executive chairman Sam Haskell apologized to Williams on behalf of the pageant.

"I want to apologize for anything that was said or done," Haskell told Williams as they stood on the stage. "Vanessa: Welcome back!"

For Williams, who went on to stardom on television and on the Broadway stage, it was a triumphant return to the Miss America stage.

"I did the best I could in my reign as Miss America," she said during Sunday's pageant. 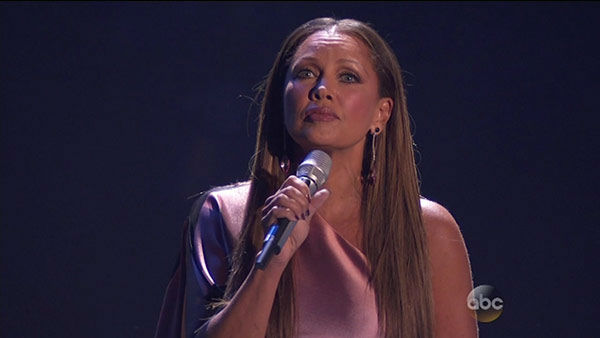 Cantrell's victory came after several days of festivities, including a preliminary competition earlier in the week that she also won with an opera performance.

On Saturday, the Miss America contestants hit the Atlantic City Boardwalk for the annual "Show Us Your Shoes" parade.

Most of the shoes had designs specific to the contestant's home states. New Jersey, for instance, had dice and Monopoly money on her shoes in a nod to the pageant's Atlantic City history. Miss Idaho has a potato.

Contestants from all 50 states, the District of Columbia and Puerto Rico were vying for the crown. The U.S. Virgin islands, which competed last year, could not field the required minimum number of entrants this year, pageant officials said. It is eligible for future competitions.