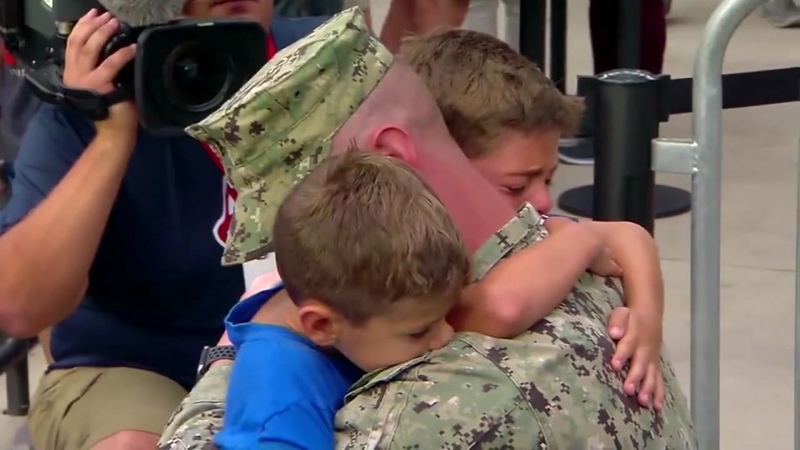 Two young brothers hit a personal home run during a Cleveland Indians game when their deployed dad surprised them.

The boys had been playing a ballpark version of "Deal Or No Deal" in between innings but when they picked one particular box to open, they saw the words "I'm home!"

Their dad, United States Coast Guard Petty Officer Tim Lieb, snuck up on his family at the ballpark.

His two sons were emotional as they hugged their father.