Man in BMW shoots 2 people in Mustang after fight at strip club in SW Houston: Police 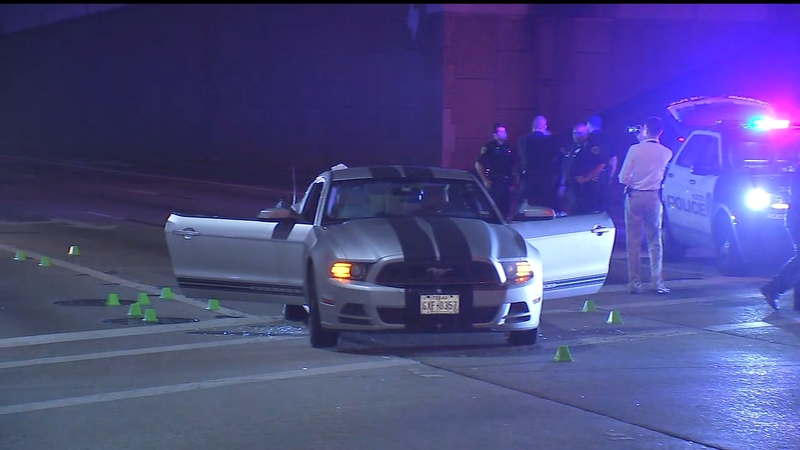 2 men shot after fight that started at strip club

HOUSTON, Texas (KTRK) -- Two men in a Ford Mustang were shot after a fight at a strip club carried over into the street with another group in a white BMW in southwest Houston.

The men were at Michael's International at 6440 Southwest Freeway when they got into the disagreement with a separate group of people.

When everyone left the club, they started arguing again.

NOW: 2 men in this Mustang shot while driving on the SW Fwy near Beechnut. Before shooting, they got into fight w ppl at a nearby gentleman’s club. Driver grazed, passenger shot in head (critical condition). No suspect description yet. #breaking details on #abc13 starting @ 4:30! pic.twitter.com/L1OmZJbO3V

Police say a person in the BMW shot the two people in the silver Mustang, possibly on the Southwest Freeway.

But when authorities arrived at the intersection of the freeway feeder road at Beechnut, they found the Mustang. That driver was grazed.

His passenger was shot in the head twice and is in critical condition.

It does not appear that the men in the silver Mustang fired back.