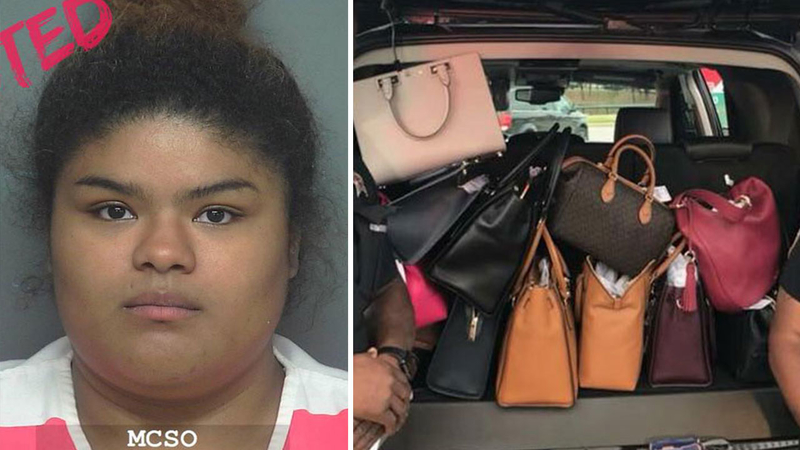 THE WOODLANDS, Texas (KTRK) -- A 26-year-old woman was arrested in the theft of 15 designer handbags at the Woodlands Mall Macy's store Saturday and arrest warrants were issued for her two alleged accomplices.

Maria Rangel was arrested by Montgomery County deputies. The deputies were alerted when she struck another car in the mall parking lot as she sped away. She kept on driving, but was stopped on the 'ring road' around the mall and taken into custody.

In the trunk of her SUV, deputies found the 15 Michael Kors handbags with price tags still attached. The value of the stolen purses was set at $4,700. According to the sheriff's office, store video shows the theft as it happened. The women are said to have used wire cutters to remove the handbags from security cables.

The sheriff's office stated that the accomplices were identified and arrests warrants issued.

Rangel is charged with failure to stop and give information following the hit and run collision. No one was injured in that crash. She is also charged with felony possession of stolen property.