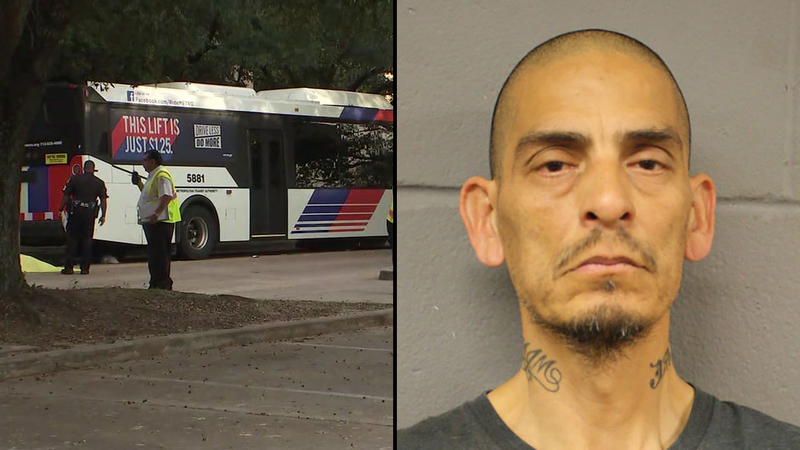 HOUSTON, Texas (KTRK) -- A METRO bus driver has been charged with criminal negligent homicide after police say he hit and killed a woman crossing the street.

According to METRO police, Octavio Martinez, 58, is the man charged. He has driven a METRO bus for 27 years.

MUG SHOT: Octavio Martinez, @METROHouston bus driver, charged with negligent homicide, has been booked into jail. Investigators say he ran over a woman walking to work. She was the cook at a Cypress Creek area daycare. #abc13 https://t.co/4ET5S7riDX pic.twitter.com/lsACxkOwsm

The accident happened just after 7 a.m. at the intersection of Peakwood and Red Oak Drive, next to Northwest Medical Center.

Investigators say the woman had just gotten off a different METRO bus and was crossing the street on Peakwood when she was run over.

Co-workers of the woman tell ABC13 she was a cook at the Little Stars Academy nearby. They say she worked at the daycare for a little more than two years.

A woman who was on the first bus with the victim saw the woman as she was hit.

We asked a METRO spokesperson about that.

"I'm not sure in terms of on time, whether or not the bus was late or early," said Tracy Jackson with METRO. "I'd have to check in terms of the schedule. I don't have that information readily available."

The name of the woman killed has not been released.

METRO confirms that cameras on the bus were recording.