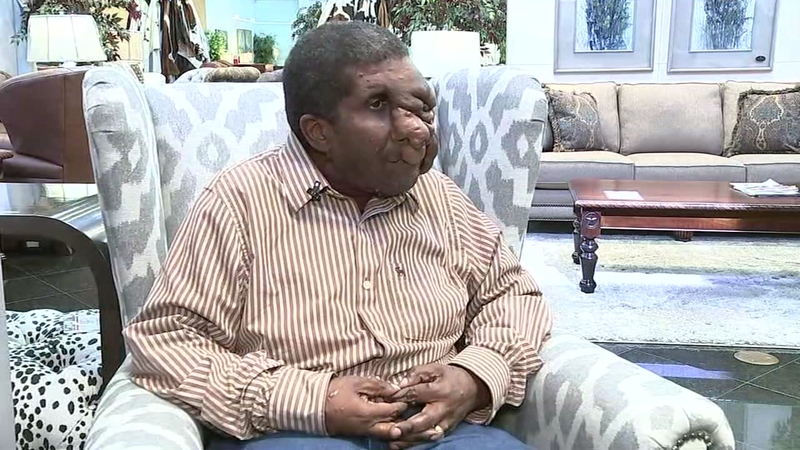 HOUSTON, Texas (KTRK) -- Jim "Mattress Mack" McIngvale gave some Christmas cheer to a Houston man who had a demoralizing encounter with an Uber driver.

After seeing Bibbs' story, McIngvale has pledged to make sure Reggie becomes an accepted member of the Houston community.

Earlier this week, Eyewitness News brought you the story of Bibbs, who suffers from neurofibromatosis, which causes tumors to form on his skin. Bibbs' case is an extreme one and is noticeable.

According to Bibbs, an Uber driver that he requested last week was ready to pick him up when the driver passed him.

"I saw him pass by. He looked right at me. He was going real slow. He just passed the house. I could see the brake lights on. He went a couple of houses down. He turned around and came back by the house again. He went real slow," said Bibbs. "I'm looking at him. He's looking at me. He just keeps going down to the end of the street. When he got to the end of the street, I got a message that said unfortunately your driver canceled. That was it. There was no explanation."

The 52-year-old Bibbs believes the cancellation was because of his appearance.

Uber has since apologized to Bibbs and permanently banned his would-be driver, citing its non-discrimination policy.