2 years later, family of mom who vanished after dropping child off still has faith 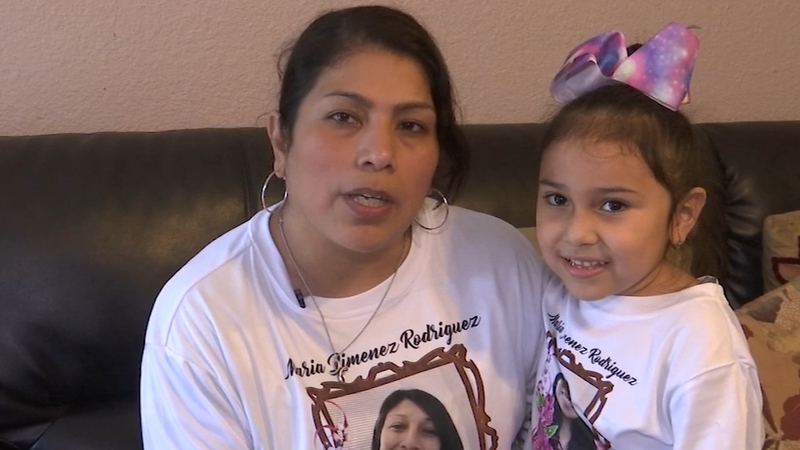 HOUSTON, Texas (KTRK) -- Two years ago, on June 21, a mother dropped her daughter off with a babysitter and went to work.

Maria Jimenez-Rodriguez hasn't been seen since, but her family remains hopeful.

Her ex-boyfriend, Erik Arceneaux, has been charged with her gruesome murder and dismemberment. But he hasn't been found, and neither have Rodriguez's remains.

"We want Erik to go to jail," said the family during an interview with ABC13 on Sunday.

Though no new details were provided, they're asking anyone with information on the case to contact them.

The single mother was a paralegal working at the Milledge Law Firm, but on June 21, 2018, she never arrived to work. Her co-workers said it was unusual and out of character.

Investigators said her co-workers also said that they started receiving strange text messages from Jimenez-Rodriguez saying that she would be late.
Her co-workers questioned the legitimacy of the text messages because they didn't sound like they were coming from her.

According to court documents, Arceneaux told police he hadn't seen Jimenez-Rodriguez that day, but cell phone data showed that their phones were at the same location.

Authorities said they tracked the phones to a Home Depot in northwest Houston and surveillance video shows a man matching Arceneaux's description purchasing trash bags and a chainsaw.

Authorities said they located the receipt for the items which was signed, "Erik Arceneaux." Records show that Jimenez-Rodriguez's phone was at the same location, but she was not seen on surveillance video. Police said they detected blood on the ceiling and walls when they searched Arceneaux's home.

Arceneaux was charged in August 2018, but authorities haven't been able to locate him.

Arceneaux pled guilty to aggravated assault in 2011 after he held a gun to the head of a woman he was dating and threatened to kill her.