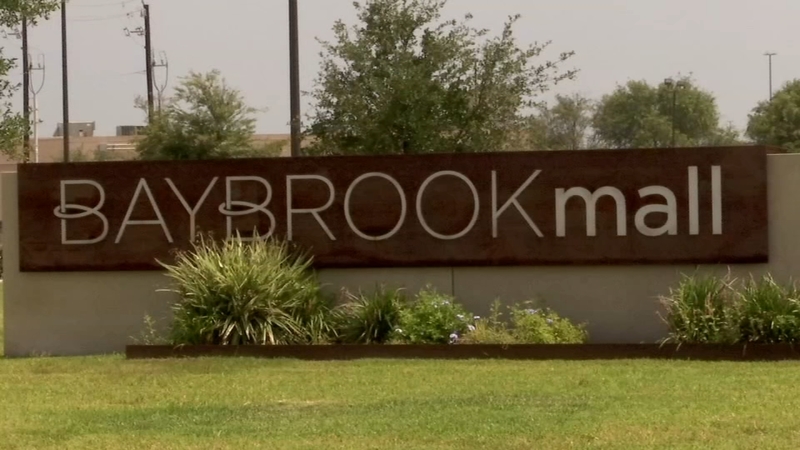 Report of man with shotgun sparks scare at Baybrook Mall

HOUSTON, Texas (KTRK) -- In the wake of recent mass shootings in El Paso, Texas and Dayton, Ohio, some people are on edge.

There were some tense moments at Baybrook Mall, when people took to social media after hearing reports of a possible active shooter at the popular shopping center.

Police got calls around 9 p.m. Wednesday. An officer working inside the Dave & Busters was alerted by staff of a suspicious person outside, possibly carrying a gun.

"As soon as I saw a guy with a gun, I ran," says a witness who didn't want to be identified, who says he and his friend were confronted by someone brandishing a gun.

He lifts his shirt up and I turn around immediately, and I run and I'm telling people, 'Go, this guy has a gun,'" the witness said.

After that, people at the shopping center posted to social media about hearing reports of a gunman.

The man who was confronted by the gunman says he recognized him from a previous run-in, accusing him of breaking into his car months ago and stealing a designer bag.

Earlier in the evening, he says, a friend noticed the man, confronted him, and that's when he says he left and came back with the gun.

He says "He made some threats about shooting us and killing us."

Police tell Eyewitness News they got conflicting statements from witnesses on whether or not he had a gun. Police eventually found him and say they had to use a Taser on him to take him into custody. They say he wasn't armed at the time, but they did find a shotgun inside his car.

Police add the man with the gun was taken to a hospital for a mental evaluation. They say he could face charges.