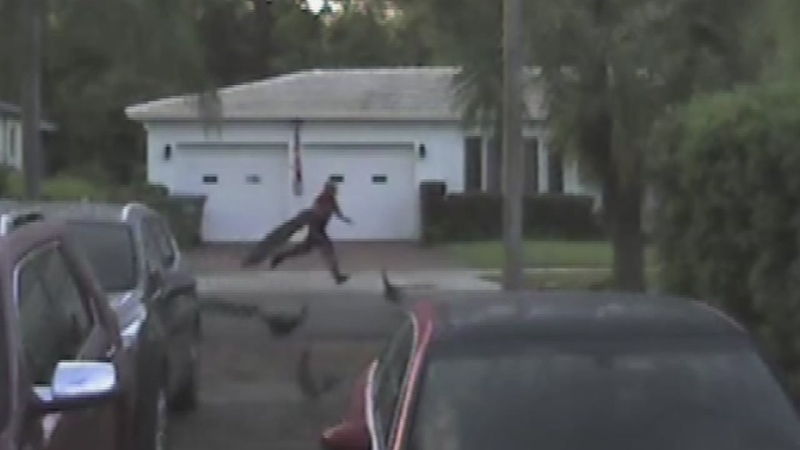 COCONUT GROVE, Florida (KTRK) -- Strange video out of Florida shows a man running away from a flock of peacocks.

He wasn't afraid of the birds. He was getting chased by them after he tried to snatch one.

Surveillance video shows the man prowling outside a home, trying to catch an exotic bird.

"He came to my property. He wandered to my porch, very disturbing," Virginia Jasper said.

After several attempts, he finally gets his hands on one, apparently even plucking some of its feathers in the process.

The video shows him with a bird tucked under his arm, sprinting to his truck with an angry mob of peacocks on his tail.

Neighbors said the birds soil their front yards, roofs and cars and want them gone, but they don't want them removed by someone trying to steal them.

"It's somebody invading, that's not right," a resident said.