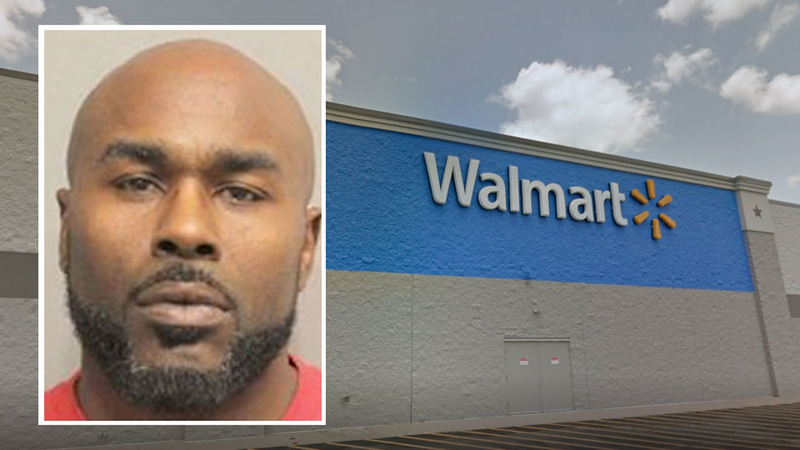 CYPRESS, Texas (KTRK) -- "He punched on my face with a closed right hand," Mohinder Randhawa said. "I fell down on the ground."

The video is still too tough to watch for 72-year-old Randhawa and he refuses to see it.

The elderly Walmart greeter said he never saw it coming. He was punched so hard that he blacked out.

"My left upper lip was broken from here, blood started out, and inside also there was a cut about half an inch," he explained.

Investigators said 42-year-old Craig Valentine is the person seen in the video assaulting Randhawa the night of June 14 at the Walmart in Cypress.

The Walmart greeter said that when he checked Valentine's receipt he noticed that a case of Gatorade had not been paid for.

"I told him if you want, you can scan and take it," he said.

However, Randhawa said Valentine got angry, yelling out he had paid for everything. In the video, you can see when Valentine pushes him and then punches him.

"I never told him he was stealing," he said.

Randhawa said he was simply doing his job, making sure all items on his receipt had been paid for. Sometimes, he said, cashiers may forget to scan an item, but in his 15 years at Walmart, he never encountered anything as horrible as this.

He said he is traumatized.

"Yes, I'm scared to work that position because it never happened to me," he said.

Randhawa is still in a lot of pain. He continues to put ice packs on his face and shoulder but said he will never be the same physically.

As for Valentine, he was given a $1,000 bond Tuesday night for his injury to an elderly charge.