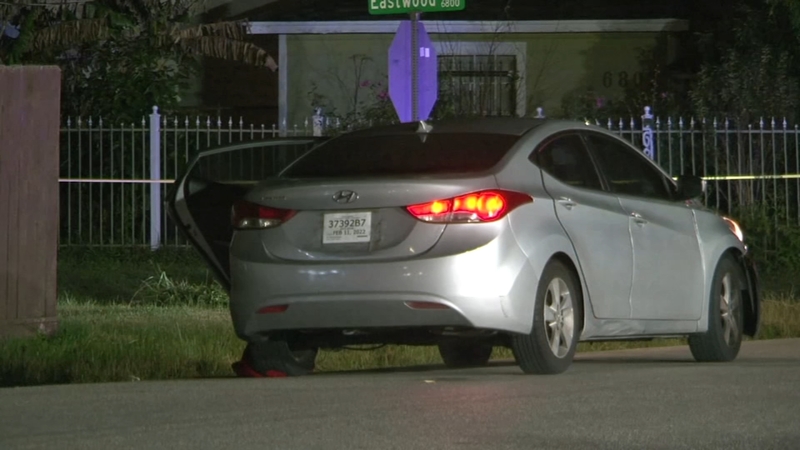 HOUSTON, Texas (KTRK) -- A man was found dead inside a car in southeast Houston after a gunfire detection device alerted police to the location.

The shooting happened around 1 a.m. Monday on Cullen Road at Ward Street.

Houston police said a large group of people had gathered in the parking lot of a convenience store, and at some point, someone opened fire.

That's when police said ShotSpotter technology identified at least one gunshot go off and alerted authorities.

Southeast officers were responding to a ShotSpotter at 6800 Cullen. Officers found one adult male deceased upon arrival from an apparent gunshot wound. #hounews CC9

"He ran back here. It looks like the people in that car were trying to take him to the hospital," Lt. Larry Crowson said. "Unfortunately, he expired here at the location."

Investigators believe some type of confrontation broke out between the victim and another man just before the shooting.

Police are continuing to question witnesses and will be checking for surveillance video to get a better idea of exactly what happened.

A $3.5 million program aimed at deterring gun crimes in Houston is dividing citizens and the city council, which is considering its approval.

Houston police said the ShotSpotter system has helped officers respond quickly to gunfire. But a Houston councilmember said the program could end up unfairly targeting communities of color.