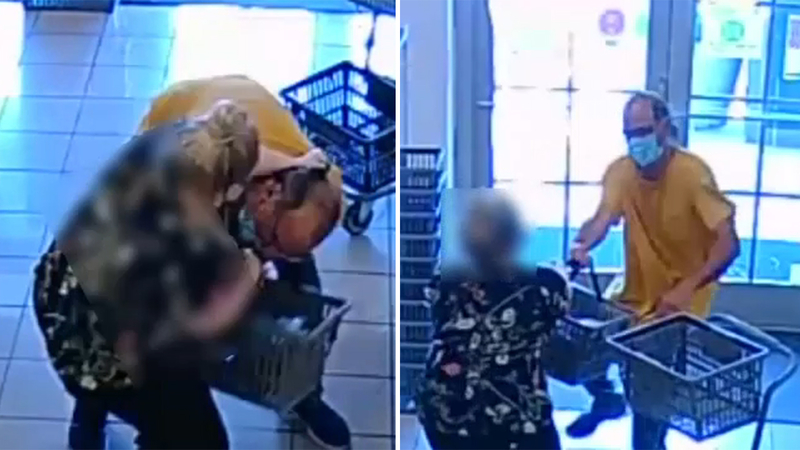 HOUSTON, Texas (KTRK) -- Houston police just released a bizarre surveillance video that appears to show a robbery suspect attempting to bite an employee, and they're asking for your help in making an arrest.

HPD says the robbery happened on Wednesday, July 15 around 3 p.m. at the Stein Mart on 2640 Fondren Rd.

The video, which you can watch above, shows an unknown man pick up a basket and fill it with several bottles of perfume and cologne.

Police say a female employee saw the man and asked him if she could be of assistance as he started to approach the door.

The employee reached for the basket as the suspect tried to leave with the unpaid items.

During a struggle for the basket, the suspect appears to lean down and attempt to bite the employee's hand, despite wearing a face mask.

The suspect then pushed the employee down and fled the store with the stolen goods.

HPD says the man is wanted on a charge of robbery by bodily force.