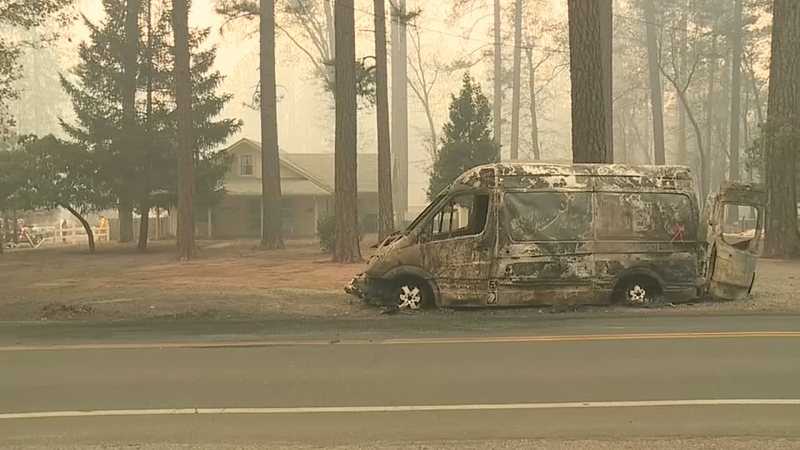 Halle's mom Heather had been separated from her child, put into an ambulance and driven away.

Her ambulance made it about half a mile before it began to melt in the flames.

Heather had a C-Section surgery, which left the lower half of her body numb, so she couldn't move.

During that time, Heather made what she thought would be her last phone call.

Heather told KTXL , "I said goodbye to my husband and just told him to tell our kids I love them and that I was sorry. I'm sorry I wouldn't be there. It was very, very hard."

As the fire was consuming homes all around them, a stranger helped Heather get out of her ambulance and wheeled her up a driveway to a home.

Chief David Hawks said, "There's a dog door here. One of the paramedics made access to. We unlocked the garage, moved patients into this home and sheltered them in place."

Some of them got on the roof of the home, hosing down the outer edge of the property and clearing the gutters of brush.

Amid a neighborhood devastated by the Camp Fire, the home, the staff and the patients survived.

Desiree Borden, the woman who owned the house, says, "I am so happy that my home was spared so their lives could be spared. That was that home's purpose, to save those people."