Teen shot while trying to rob delivery driver pretended to be customer: Prosecutors 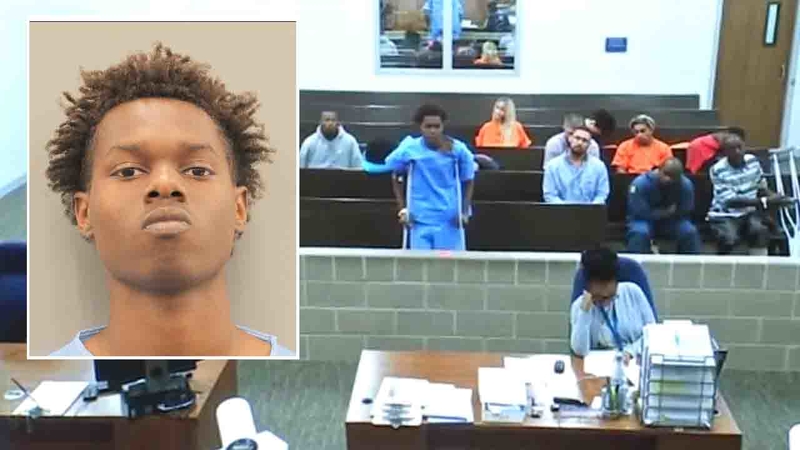 Teen shot by food delivery driver set him up: Prosecutors

HOUSTON, Texas (KTRK) -- A 17-year-old high school student shot by the delivery driver he allegedly tried to rob at gunpoint appeared in court, where prosecutors said he pretended to be a customer before he was shot.

Malcom Nwadike has been charged with aggravated robbery.

He went before a judge Wednesday still wearing medical scrubs and on crutches. The delivery driver shot him in the leg.

On Monday night, the delivery driver, who works for a Chinese food restaurant, responded to a call at the Village of Fondren Apartments in the 6200 block of West Airport in southwest Houston.


Police say Nwadike made the online order with instructions not to knock on the door, but instead, call a phone number.

Authorities told ABC13 the delivery driver was waiting on him to come out of the apartments when Nwadike came out of the shadows, pointed a gun and stole his wallet.

Prosecutors say that's when the delivery driver, who has a concealed handgun license, drew his weapon from his holster on his right hip and started firing.

Shortly after, Nwadike allegedly called police to tell them he had been shot during a drive-by shooting.

Prosecutors say officers found the teen inside his family's apartment. He was in the bathroom trying to clean the gunshot wound to his leg.

He was arrested and charged.

The driver's coworker, Wendy Zheng, says the driver delivered to the apartment complex before, and had taken an order from the alleged robber two months ago.


The teen's mom says she's shocked and is waiting to speak with her son.

Zheng says that her co-worker was just working to pay his way through college.

The driver only had the gun for protection.

"He did what he had to do to save himself," Zheng said.